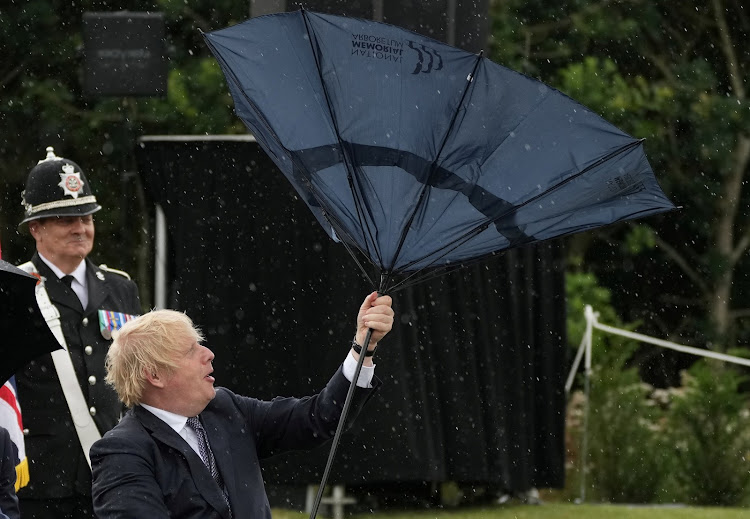 Boris Johnson is being pressured to lift the ban on South Africans travelling to the UK. Stock image.
Image: Christopher Furlong/Reuters/File

He labelled the sanction “unscientific and preposterous” in a letter to the prime minister.

“The UK’s continued red listing of SA has no justification whatsoever in science.  SA has only one variant in circulation, which is the same variant as in the UK: Delta.

“Its third wave peaked in July and as it enters the southern hemisphere summer it has a tenth of the infections in the UK and a similar infection fraction compared with much of Europe.  Its scientific capabilities are world-leading, and it tests more people and publishes more data than any other African country,” said Hain.

He said SA’s infection rate stands at 3.8 cases per 100,000 residents. “This is a tenth of the infections we have in the UK, and below many countries where unrestricted travel is permitted such as the US, France, Greece, the Netherlands, and newly admitted Turkey,” Hain said.

Under Boorish Johnson, Britain's treatment of its former friends is just not cricket

One is surprised some people are surprised that the UK seems to be encouraging South Africans to stay away from its pristine shores. A nation led by ...
Opinion & Analysis
3 weeks ago

“It is preposterous that the UK is now permitting travel to and from countries with much higher infection rates than SA’s.

“You removed eight countries from the red list on September 17, yet three of them (Sri Lanka, Maldives and Turkey) have higher and rising rates of infection in comparison to SA.

“Yet in the last review it was Kenya and Egypt which were removed from the red list, despite conducting less than a sixth of the number of tests as SA. Again it is very hard to understand the logical basis for Britain’s red-listing stance,” said Hain.

He added that there is now a growing sense of resentment and anger at the UK’s treatment of SA, which risks a serious diplomatic rift.

Africa's fight against Covid-19 in a 'critical' phase

The next three months will shape how the Covid-19 pandemic plays out in Africa, whose fight against the virus has been crippled by its lack of access ...
Africa
3 weeks ago

Growing pressure on UK to ease travel restrictions for SA

Nearly 30,000 people have signed a petition lobbying for the UK government to remove SA from its red list traffic light travel system aimed at ...
News
1 month ago