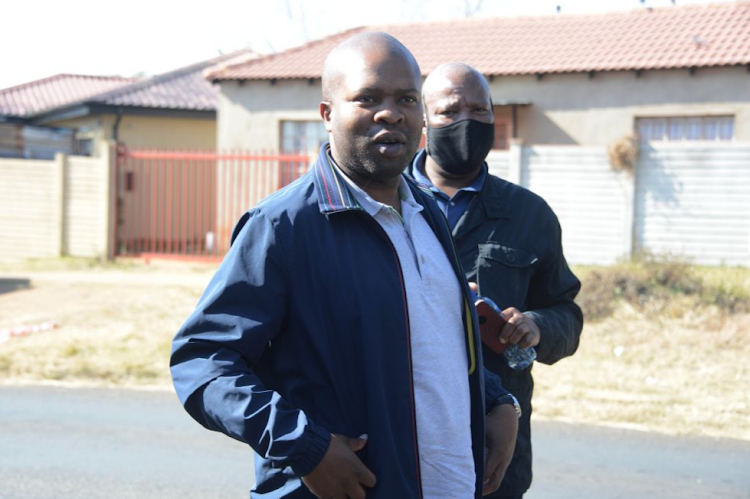 Gauteng co-operative governance and traditional affairs MEC Lebogang Maile has maintained that he had no choice but to place the Tshwane municipal council under administration.

Maile was responding to the Constitutional Court judgment which on Tuesday set aside the provincial government’s decision to dissolve the municipality last year.

According to the majority judgment, the decision was unlawful, unwarranted and unnecessary. The apex court also ordered Maile to investigate the deadlock in the council.

The provincial government placed the DA-led council under administration in March last year after a standoff between political parties prevented the approval of budgets and affected key services.

Maile said though the provincial government respected the supremacy of the ConCourt, it maintained that the intervention was necessary.

“The dysfunctionality, over many months, which paralysed the municipal council to the point it was unable to fulfil its executive obligations in terms of the constitution and legislation, left the Exco [executive committee] with no option but to intervene ... and dissolve the municipal council accordingly,” he said.

The Constitutional Court has ruled that the Gauteng government's decision to dissolve the City of Tshwane council in 2020 was unlawful, even though ...
Politics
10 months ago

“In fact, it is common cause that all the courts (the North Gauteng High Court, the Supreme Court of Appeal and now the Constitutional Court) confirmed that the municipal council was dysfunctional, deadlocked and paralysed.”

Maile said there were three judgments penned by the Constitutional Court judges and that it was disconcerting for ANC political opponents to make it seem like there was one unanimous ruling on the matter.

“This is completely devoid of any truth and should be rejected. In fact, such uncouth behaviour borders on ill-discipline and shows a great disrespect towards the ConCourt as a whole,” Maile said.

He explained that though the main judgment found the council dissolution unlawful, there were two other minority judgments, one penned by the outgoing chief justice Mogoeng Mogoeng, that held the decision was warranted.

“It is very clear that the court was not unanimous in its judgments, but the court was ad idem (in agreement) that the municipal council was dysfunctional, that it failed to execute its executive obligations and that exceptional circumstances existed,” Maile said.

Maile said he would consult with premier David Makhura on what steps to take, especially regarding the order that he must conduct an investigation on the deadlock and dysfunctionality of the council.

The DA has vowed to ensure that Gauteng human settlements, urban planning and Cogta MEC Lebogang Maile is personally held to account or even axed ...
Politics
10 months ago

On Wednesday, the MEC also dismissed claims that the administrators he installed were incompetent and had spent huge amounts of money unnecessarily.

The administrators, according to Williams at the time, ran through a R284m operating surplus and went on to incur a R4.4bn deficit since they were appointed in March.

Maile dismissed this, saying as far as he was concerned the administration team, led by Mpho Nawa, was skilled and qualified.

“Despite the mischievous insinuations and conjecture, they managed the finances of the municipality in a responsible, reasonable and above-reproach manner, with large creditors such as Eskom and Rand Water having been paid in full during the period in which they ran the municipality, all other creditors having been paid within 30 days and the repayment of loans and payments being up to date,” he said.

“The debtors and creditors' books of the municipality were impeccably managed, and they left the municipality in a sound financial position, contrary to the fallacious narrative that we have seen being continuously promulgated.”

Gauteng premier David Makhura says Tshwane is a hotspot when it comes to water problems in the province.
News
10 months ago

Residents have battled to access clean and potable water for more than a decade, with two reports earlier this year deeming water in the area unfit ...
News
10 months ago

At least three Tshwane councillors have fled their homes out of fear their lives would be brutally put to an end.
News
10 months ago