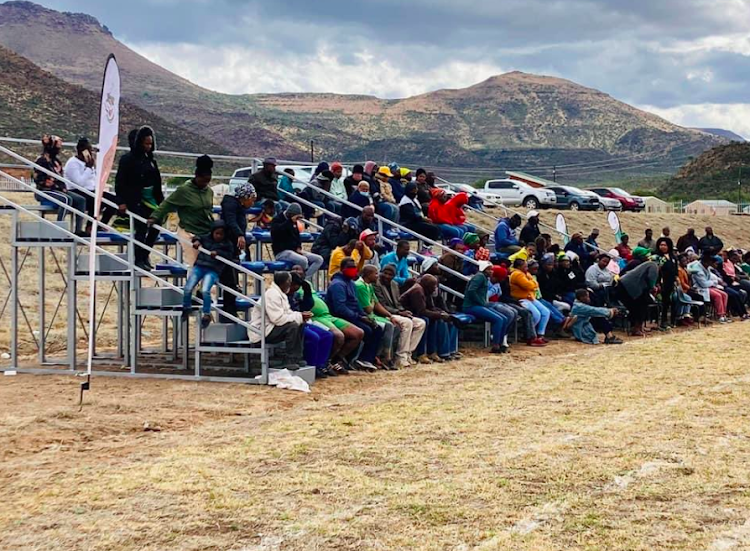 The EFF in the Eastern Cape has opened a case against the ANC-run Enoch Mgijima local municipality for alleged corruption, after the unveiling of a sports field that reportedly cost R15m to construct.

The municipality opened the sports field in Lesseyton, northwest of Komani, formerly known as Queenstown, just weeks before the local government elections.

It received backlash over the facility, which is meant to host soccer and rugby games, with many questioning the price tag attached to it.

In a statement, the Eastern Cape EFF caucus said the sports field was a basic facility without anything to justify the millions of rand spent on its construction.

“There are glaring signs of money laundering and corruption in the entire project, and we have entrusted the criminal justice system to investigate and unearth the truth,” the party alleged.

The EFF pointed out that the municipality has been in financial crisis, saying the auditor-general had previously raised alarm about the flouting of the Public Finance Management Act and the collapse of internal financial controls in the municipality.

In an attempt to set the record straight, the municipality said it regretted the way the sports field was initially unveiled on social media because “minimal details” were provided.

It said construction work on the sports facility began in March 2020 following an environmental impact assessment approved by the department of economic development, environmental affairs and tourism, which authorised the project.

“Further investigations were also conducted to determine the suitability of the site to be developed into a sports field with associated structures, which include survey, geotechnical and geohydrological tests.”

Detailing its expenditure, the municipality said the money was spent on the following:

“The municipality has made this investment in the rural village in support of sports activities in the area. This is aimed at providing the community, especially youth, with a facility that will serve as a suitable playing ground to benefit over six villages. The community has a rich history in sport and has also produced a professional soccer player which the municipality prides itself of,” it said.

Is this sport 'stadium' worth R15m?
News
1 week ago

‘Even Shimza can’t spin these turntables’: inside Mmusi Maimane and Shimza’s fiery Twar

"While you were entering DJ competitions I was working in public office," One SA movement leader Mmusi Maimane told DJ Shimza.
News
1 week ago