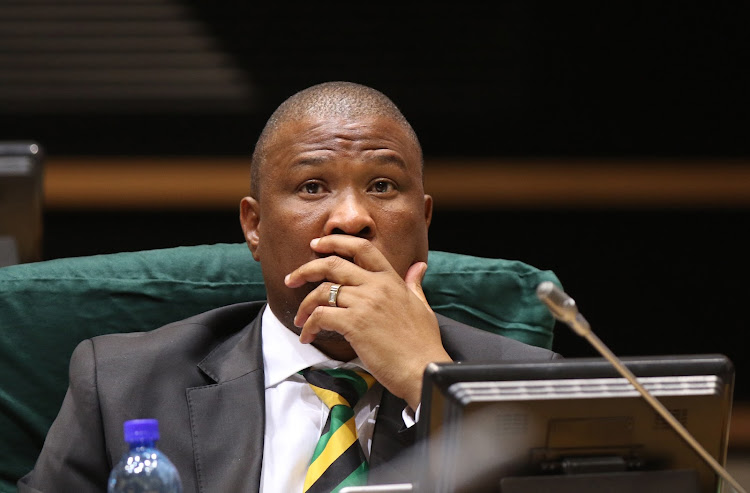 The public protector has directed the Hawks to investigate allegations that Eastern Cape premier Oscar Mabuyane received R450,000 to renovate his house from R1m allocated for the memorial service of the late struggle stalwart Winnie Madikizela-Mandela.

An investigation was carried out by the public protector after receiving a complaint from Xolile Mashukuca, a resident of the Buffalo City municipality, that amounts of R2m and R1m were misappropriated by officials in the provincial government and in the Mbizana local municipality.

Mashukuca’s complaint was based on a story The Herald wrote on the alleged misappropriation of funds in the province with the help of businessman Lonwabo Bam.

The publication reported that Bam had, in an affidavit, claimed that MECs Babalo Madikizela and Weziwe Tikana received hundreds of thousands of rand from a deal he was drawn into by Mabuyane’s chief of staff Baphelele Mhlaba.

Bam alleged that Madikizela had instructed him to file a fraudulent invoice to claim R1m from the Mbizana municipality.

Judge Bantubonke Tokota said by the time the case continues next year, everyone must have prepared their documents to prevent further impediments.
News
8 months ago

The amount was deposited into Bam’s business account by municipal manager Luvuyo Mahlaka.

“About R450,000 of that allegedly paid for Mabuyane’s home renovations,” the publication reported.

Mabuyane told the newspaper that the money was a loan based on a documented agreement with Madikizela, and that he had no dealings whatsoever with Bam.

In her investigation, public protector Busisiwe Mkhwebane, however, found that Mabuyane received R450,000 from the R1.1m earmarked for Madikizela-Mandela’s memorial service.

The money was paid into a Nedbank account of Allan Morran Design Architectural Services, a private company that carried out renovations at Mabuyane’s private house.

The financial benefits that accrued to Mr Mabuyane, Mr Madikizela and the ANC raise a suspicion of a commission of criminal conduct.

“On receipt of the R450,000 Mr Morran queried the payment. At that point, Mr Mabuyane’s wife, Ms Siyasanga Mabuyane, advised Mr Morran through an e-mail that the deposit of R450,000 was to be used for renovations of Mabuyanes’ private house. Despite this, Mr Mabuyane denied any knowledge of the arrangements between Mr Bam and Mr Madikizela,” said Mkhwebane.

The public protector’s investigation also found that Madikizela personally benefited R350,000 from the R1.1m. The ANC is alleged to have benefited from the same amount.

In his second affidavit, Bam alleged that R2.2m was paid into his business account by Masilo Phala, a director of Key Spirit Trading 218. He said he had not performed any work to receive the amount but was told to redistribute it to provincial government officials.

“After the payment of the deposits referred to above into Mr Bam’s account, he was then instructed by an executive official currently in the employ of ECPG [Eastern Cape provincial government], namely MEC Madikizela, to transfer the same money to various proxy bank accounts in order to benefit certain government officials,” said Mkhwebane.

According to the public protector, Bam subsequently made a number of deposits and transactions in various proxy bank accounts linked to senior and executive government officials, on Madikizela’s instruction.

Mkhwebane said Mahlaka’s conduct, as the municipal manager of Mbizana local municipality, was not only to the detriment of the municipality but also at variance with the standards required by the constitution and the Municipal Finance Management Act.

“Accordingly, the conduct of Mr Mahlaka constitutes improper conduct as envisaged in section 182(1) of the constitution and maladministration in terms of section 6(4)(a)(i) of the Public Protector Act,” the public protector found.

“The financial benefits that accrued to Mr Mabuyane, Mr Madikizela and the ANC raise a suspicion of a commission of criminal conduct in terms of the Prevention of Organised Crime Act and/or Prevention and Combating of Corrupt Activities Act.

“Accordingly, this aspect has been referred to the Directorate for Priority Crimes Investigation (DPCI) for criminal investigation,” said Mkhwebane.

Mkhwebane directed the speaker of the council of Mbizana local municipality to take “urgent” steps to ensure the municipality took appropriate action, including the institution of disciplinary proceedings against Mahlaka.

“The speaker of the Eastern Cape provincial legislature must, within 60 days, from the date of issuing of this report, table it in the legislature,” she added.

Eastern Cape premier Oscar Mabuyane, two of his MECs and his chief of staff are being investigated by the public protector's office relating to ...
Politics
1 year ago

The Hawks have launched an investigation into the controversial R15m Lesseyton Sports Facility built in the Enoch Mgijima municipality.
News
8 months ago