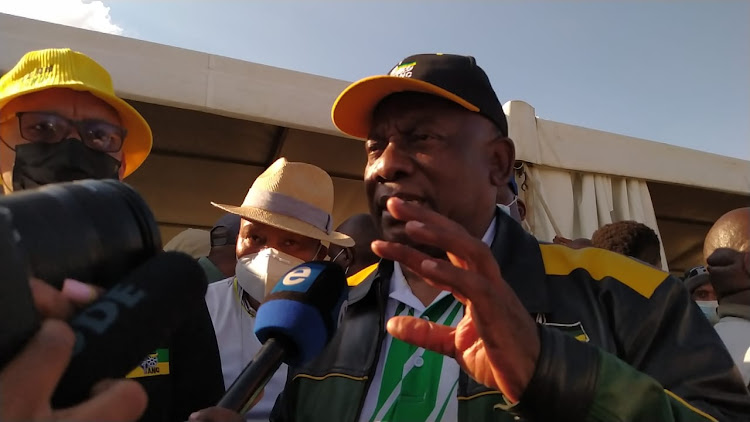 While load-shedding is not a looming crisis, President Cyril Ramaphosa on Friday said it is something he is concerned about.

“These are matters that the management of Eskom is looking at very seriously and I believe in the management, that they will handle this and make sure that the energy challenges that we are facing are brought under control,” he said.

Addressing the media shortly after concluding his local government election campaign at the Tshepanang Day Care Centre in Potchefstroom, Ramaphosa said: “I think we will see a great deal of light at the end of this brief tunnel.”

He was responding to questions about Eskom’s decision to implement stage 2 rotational overnight load-shedding throughout the weekend and until 5am on Thursday.

Brace for rolling overnight blackouts all weekend and until Thursday

Stage 2 load-shedding will continue throughout this weekend right up until 5am on Thursday as Eskom grapples with more breakdowns and depleted ...
News
3 months ago

Eskom announced just after 6pm on Friday that it “regrets to inform the public that stage 2 load-shedding will be extended throughout the weekend starting from 21:00 [on Friday] evening until 5am on Thursday morning.

“This load-shedding is also necessary to address other additional risks in the generation fleet. Total breakdowns amount to 14,760MW while planned maintenance is 5 ,77MW of capacity.

“While still recovering four units at Tutuka, which had experienced conveyor belt failures, the fleet suffered a cluster of boiler tube leaks within a short period of time.

Eskom says it may need to implement load-shedding at short notice should it experience further breakdowns in generation.
News
3 months ago

What are your plans for the weekend? Maybe not much, with Eskom possibly implementing load-shedding beyond Saturday morning.
News
3 months ago

Should politicians be accountable for promises made or are empty promises part of the game of politics?
Politics
3 months ago