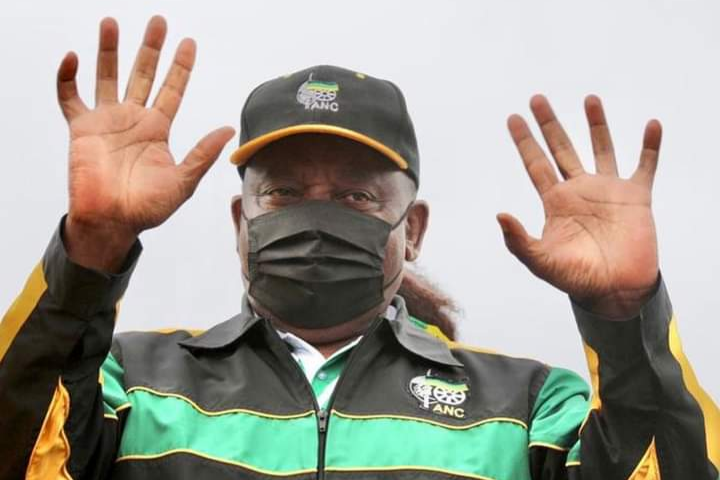 ANC president Cyril Ramaphosa took the party's election message to Kimberley in the Northern Cape on Monday, admitting that while it made mistakes in the past, it was self-correcting.

“We are on the march. We are going to win this election,” he told a crowd in Greenpoint, an impoverished area near the Kimberley Airport.

“We are going to improve the lives of all our people here. We know that there's a lot of hardship here and many people do not work. We are going to work very hard so that we can address those problems.”

Speaking in English, Afrikaans and Xhosa, Ramaphosa said people in the area had told him they wanted the government to build houses, improve roads and help with the high cost of living.

“The ANC will listen,” he said.

‘The ANC will and has to win all the metros’: Mboweni’s election prediction gets tongue wagging

Ramaphosa said as they were going around the country, people were saying they hear the ANC message about improving their lives.

He said ANC councillors would be more responsive and those who “wear their ties and suits and sit in their office” were a thing of the past.

Ramaphosa also conducted a door-to-door campaign in the area.

One woman told him about the difficulty of transferring ownership of her house from her mother's to her name. He promised to get her assistance.

Another complained about difficulties in accessing the special Covid-19 social relief of distress grant. It turned out she has been getting some temporary jobs which disqualified her from the grant.

Addressing a crowd later, Ramaphosa said the ANC-led government had tried to secure lives and livelihoods during the pandemic.

“We increased the grants and even introduced a new grant — the R350 a month grant.”

He urged those who were yet to receive the grants to be patient as their applications were still being processed.

An eThekwini municipality election banner which replaced one depicting Zulu kings has got royal supporters hot under the collar.
Politics
10 months ago

POLL | Will the ANC win all metros?

Will former finance minister Tito Mboweni's prediction come true, or will the ruling party be lucky to win even one metro?
Politics
10 months ago

A jovial Ramaphosa campaigned in the eThekwini region, a key metro and the only one in SA that his party governs comfortably.
News
10 months ago

ANC will investigate candidate list process 'thoroughly', but only after elections, says Ramaphosa

ANC President Cyril Ramaphosa has promised supporters that the ruling party will investigate any fraudulent activities that may have taken place ...
Politics
10 months ago