TIMELINE | From outcry to throwing shade on the way out: Mike Waters and the DA’s Phoenix poster debacle 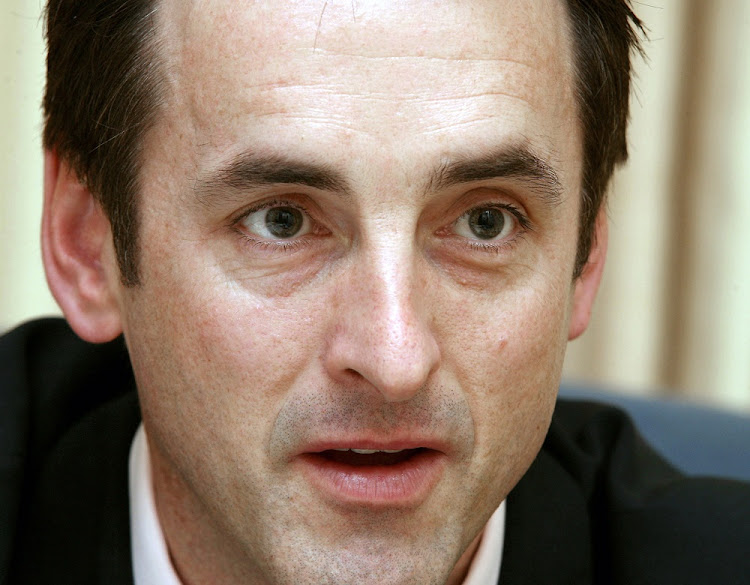 It has been a chaotic week for the DA after the resignation of former MP Mike Waters, internal and external criticism and accusations of stirring racial tension through its election campaign.

One week ago, the DA put up posters in Phoenix, KwaZulu-Natal, which read: “The ANC called you racists. The DA calls you heroes.”

Many felt the posters stoked racial divisions between black and Indian community members, who have been working to restore unity since unrest and looting in July.

The party has since retracted the posters — something which didn’t sit well with Waters, who elected to quit as the party’s campaign manager for Ekurhuleni.

Waters said the move by the DA showed the party’s national leadership is “spineless” and “weak”.

Here is a rundown of events:

The DA was thrust into the spotlight after pictures of their campaign posters in Phoenix circulated on social media, with many accusing them of fanning racial tension in the area.

The party claimed the posters were to honour those who stood up to protect their property during the July unrest and looting that resulted in 36 people losing their lives in the area.

DA provincial chair Dean Macpherson said the party planned to put up the posters across the city. He said this was fitting as the ANC had called all Durban residents “racist”.

The claim was disputed by ANC provincial spokesperson Nhlakanipho Ntombela, who told TimesLIVE the DA undermined its efforts to promote unity in the region.

TimesLIVE reported DA provincial leader Francois Rogers had not signed off the posters and the party held an urgent meeting to discuss how they were approved.

An insider who was in attendance told TimesLIVE Macpherson was the only member of the provincial management committee who knew about the poster. The insider claimed Macpherson said the DA could not afford to lose votes in the Indian community.

Party leader John Steenhuisen defended the posters, saying Phoenix residents were heroes because “they didn’t retreat in the face of danger or hide away like the police service and [minister] Bheki Cele’s people”.

Steenhuisen denied the DA was using those who lost their lives in Phoenix as a political tool.

“The politicking started when Bheki Cele, the ANC’s [former eThekwini mayor] Zandile Gumede and the EFF went into Phoenix and started painting an entire community with one brush.

“The only people who were calling other people racists are the ANC and the EFF. We are saying: don’t paint an entire community with the same brush,” Steenhuisen said.

Sources in the DA say the party’s senior leaders in KwaZulu-Natal are pushing for their national leaders to concede that controversial election ...
Politics
2 weeks ago

Cele lashes out at DA: October 7

Th police minister laid the blame squarely on Steenhuisen, who he accused of rubbing salt into the wounds of Phoenix residents.

“For you to come and put extra salt of racism on this matter, for me, I had always had my doubts about John Steenhuisen. I don’t have [a] doubt now. I’m flabbergasted about him. To me, he is a political criminal,” said Cele.

Outgoing Midvaal mayor Bongani Baloyi and City of Johannesburg mayoral candidate Mpho Phalatse said the party should not have put up the posters.

Baloyi said the DA could suffer consequences beyond KwaZulu-Natal if more voters become cautious about the party.

“Never mind whether we are trying to be politically correct or not, it was really ill-advised to put such a poster in that area. And I am really happy that they are taking accountability for it and removing the posters,” he said.

Phalatse said the DA should acknowledge it was a “blind spot” for the party to put up those posters. She said while the DA did not intend to offend voters, it also was not defending the lawlessness that resulted in deaths.

To fix the country, South Africans must not only punish a poorly performing ANC; they must also show the DA that its racist actions attract ...
Opinion & Analysis
2 weeks ago

Sunday Times Daily saw Waters’ leaked resignation letter in which he said the DA displayed weakness when it issued an apology in the face of “manufactured hysteria”.

The letter was sent on Saturday to party leader Steenhuisen, federal council chairperson Helen Zille and other leaders.

“I am unable to continue to defend and promote a party that is capable of such spineless treachery and therefore am resigning as regional campaign manager for the DA in Ekurhuleni.

“I cannot in good conscience fight for votes for a party that crumbles in the face of manufactured hysteria about it stating the truth,” he said in the leaked letter.

Waters said he will remain a member of the DA.

Now is not the time to speak about your second-term desires, Mabuza

‘The ANC will and has to win all the metros’: Mboweni’s election prediction gets tongue wagging

Iraq on Sunday held a parliamentary election that drew one of the smallest turnouts on record, electoral officials indicated, a result that suggested ...
News
2 weeks ago