‘Don’t allow racists to speak on behalf of us’: Patricia de Lille takes aim at the DA 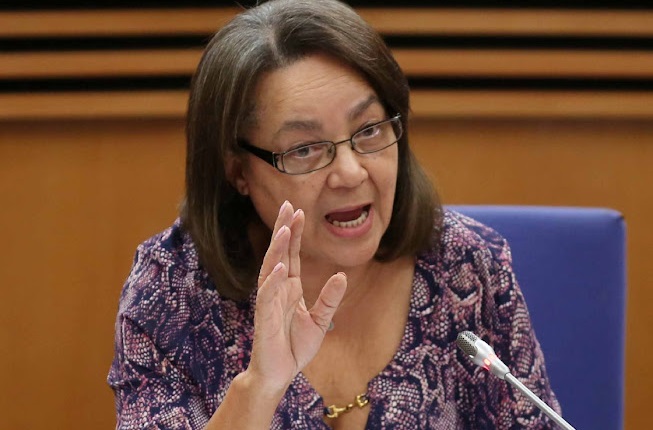 GOOD party leader Patricia de Lille said sex or skin colour should not stop one from standing against all forms of racism or unjust treatment.
Image: Esa Alexander/ File Photo

GOOD party leader Patricia De Lille has taken a jab at her former party, the DA, urging voters to “not allow racists” to speak on their behalf.

De Lille, on Tuesday, responded to the DA’s controversial election posters in Phoenix that read “the ANC called you racists, the DA calls you heroes”.

Speaking on eNCA, she said sex or skin colour should not stop one from standing against all forms of racism or unjust treatment.

“We all need to fight against these evils. So the minority of racists, most of them you find in the DA, we should not allow those racists to speak on behalf of us.”

The DA came under fire for the posters, with many accusing the opposition party of fuelling racial tensions in Phoenix after 36 people were killed in the area during unrest and looting in July.

The DA later took the posters down and issued an apology.

“In my sincere effort to honour the bravery and heroism of law-abiding citizens who were left to fend for themselves during the July riots and insurrections, the posters have regretfully caused hurt to some people. I am deeply sorry and apologise for this,” said DA KwaZulu-Natal chairperson Dean Macpherson.

According to the opposition party, the posters were meant to honour those who stood up to protect their property during unrest.

TimesLIVE ran a poll asking readers what they thought of the DA’s decision to take down its Phoenix posters. Most, or 42%, said the party should have stood its ground and not removed them.

Thirty-two percent said the damage was already done and called for heads to roll, and 26% said it was the right move.

What do you think of the DA’s decision to take down its Phoenix posters?

DA leader John Steenhuisen on Tuesday did not want to comment on the dramatic resignation of the party's Ekurhuleni campaign manager Mike Waters in ...
Politics
1 week ago

ANC head of elections Fikile Mbalula has thrown shade at EFF and DA members “still in love with their ex”, the ANC.
Politics
1 week ago

TimesLIVE readers have expressed different opinions about the DA's decision to remove its controversial election campaign posters in Phoenix, Durban.
Politics
2 weeks ago