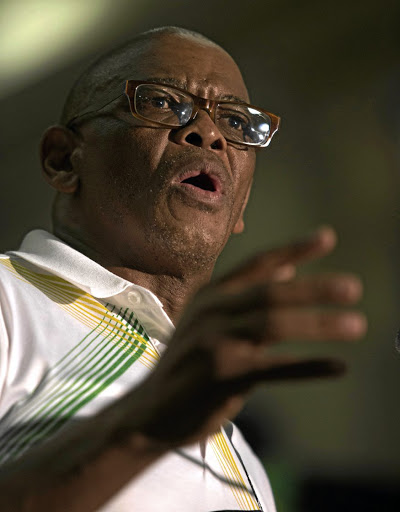 Eastern Cape premier Oscar Mabuyane suspects that suspended ANC secretary-general Ace Magashule may be behind a "fishing expedition" by the Hawks against him.

Mabuyane has since petitioned the province's high court, seeking an order stopping the Hawks from investigating him and demanding they provide him with all information that makes up the basis of their investigation.

According to Mabuyane, he was subjected to questioning by a Hawks official from the Free State in August.

During that questioning, Mabuyane says in court papers, he felt like he was an accused - even though there were no specific allegations against him and, thus, he has no case to answer to.

But what stood out for him, he says, was the fact that the investigation was conducted from the Free State, Magashule's home province, despite alleged crimes having taken place in the Eastern Cape.

This, to him, smacks of political vendetta driven by Magashule, whom he was vocal about being suspended after he was criminally charged.

The public protector has directed the Hawks to investigate allegations that Eastern Cape premier Oscar Mabuyane received R450,000 to renovate his ...
Politics
8 months ago

"I specifically asked the DPCI [Directorate for Priority Crime Investigation] members whether there was connection with Mr Magashule. They confirmed that they also tried to interview Mr Magashule in light of the public statement that he had been making, but he had declined to make a statement," Mabuyane submits to the court.

He continues: "They never denied Mr Magashule's influence in their decision to commence an investigation. I indicated that it was not a coincidence that the case was being investigated by the Free State Office of the DPCI after Mr Magahule, who was premier of the Free State province and chairperson of the ANC in that province, had made allegations against me."

Magashule, during an interview with the SABC at the climax of the formulation of the ANC step aside rules, had complained that he was being targeted, and specifically mentioned Mabuyane as being among other ANC leaders facing allegations of corruption.

The allegations related to an affidavit by businessman Lonwabo Bam in 2019 where he alleged Mabuyane had personally and unduly benefited from public money from the Winnie Madikizela-Mandela memorial.

It now appears that on September 14, Mabuyane approached the court seeking an interdict against the Hawks and police minister Bheki Cele, saying their investigation against him was "unconstitutional, unlawful and invalid".

Mabuyane says the Hawks have "enormous power" and that should they recommend he be charged he stands to lose his positions as premier and ANC provincial chairman.

He believes that they are for this reason "using this knowledge as a pressure point to unlawfully extract information from me, for ulterior motives".

"The only inference to draw while the DPCI continues the investigation against me is that it is acting out of malicious intent. I submit that those malicious goals are related to the political posture that has been adopted by Mr Magashule."

Mabuyane further believes that the Hawks have refused to be clear about the basis of their investigation against him as doing so would prove that "this is a fishing expedition".