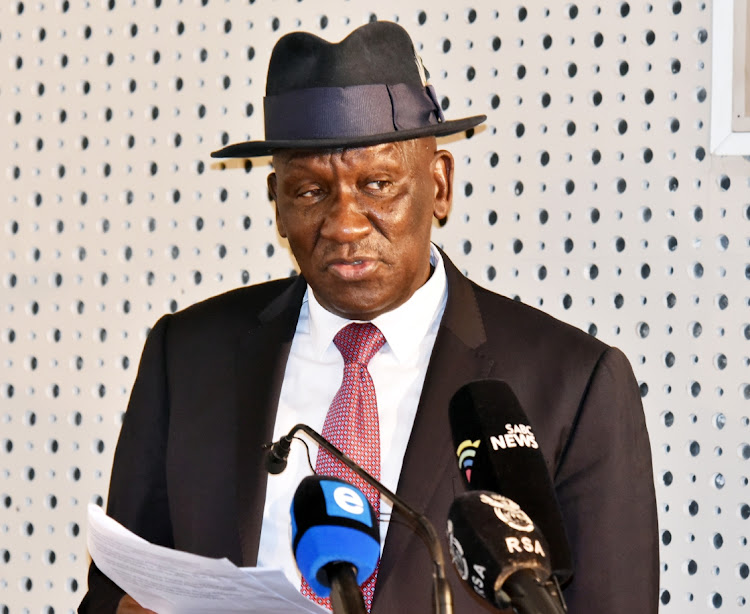 Police minister Bheki Cele is confident that, eventually, police will get to the bottom of the failed insurrection in KwaZulu-Natal and Gauteng in July.

“We are not about to pass on it. We are coming close to [solving] it,” said Cele in an interview with TimesLIVE on Wednesday.

Cele was referring to the unrest that swept across the two provinces, leading to mass damage of infrastructure and the deaths of more than 300 people.

The protests started in KwaZulu-Natal as a show of force by former president Jacob Zuma’s supporters demanding his immediate release after his imprisonment at the Estcourt detention centre. Scores of people blockaded trucks on the N3 freeway preventing them from entering or leaving the province, while others targeted malls looting everything in sight and, in some instances, burning them to the ground.

Police minister Bheki Cele revealed at a media briefing in Durban on Tuesday that a possible "big fish" in instigating the recent deadly violence and ...
News
2 months ago

Among those who have appeared in court for allegedly being the masterminds of the unrest include former Ukhozi radio DJ Ngizwe Mchunu, Patriotic Alliance leader Bruce Nimmerhoudt, Sibusiso Mavuso, Clarence Tabane, Bonginkosi Khanyile, Ndumiseni Zuma and a 36-year-old woman who operated as “Sphithiphithi Evaluator” @AfricanSoil on Twitter and has 59,900 followers.

Informing parliament about the process regarding the arrest and prosecution of the people involved, justice minister Ronald Lamola reportedly told the portfolio committee on justice and correctional services in July that the burning of national key installations, disruptions of economic activities and blockading of national roads could fall within the parameters of the Protection of Constitutional Democracy Against Terrorist and Related Activities Act.

Despite fears of a suspected second wave of civil unrest, the Hawks have refused to confirm or deny they are investigating reports about 26 people ...
News
2 months ago

On Wednesday, Cele said: “There are 18 people arrested, [their cases] are at different levels. I think some are charged with treason and others with incitement. Others are known, there are advocates and among those is the most popularly known as ‘Sphithiphithi’. Those investigations are continuing.

“There is one person who was specifically calling for the burning of three areas in KZN and they were all burnt, like he called. The police are investigating whether this was a coincidence or there were people who were organised to implement the call by this guy,” he said.

Cele applauded the police for foiling an attempt to stage a second wave of looting and destruction in August, saying the police “were better prepared.”

He said the alleged organisers had planned another wave of violence on August 23, when Zuma was scheduled to appear in the Pietermaritzburg high court, “but that did not happen”.

“They had promised that the August 23 one was going to be bigger and that what they did [before] was going to seem like a Sunday school picnic,” he said.

“The general public, instead of giving the honour and praise to the police, they give the honour to the planners to say that they did not do it. There were police there and the preparedness of the force was much higher and much better during that time.

“Because people do not want to honour the security forces, they think that that thing [the second phase of planned looting] did not happen naturally. They do not think that it did not happen because the police were better prepared,” he said.

Please Mr President, show us you have an iron fist

President Cyril Ramaphosa needs to be given some advice that is crucial to maintaining the very foundations of our constitutional order, writes ...
Opinion & Analysis
2 months ago

Are the flames that devoured SA being fanned in Ramaphosa’s cabinet?

Does President Cyril Ramaphosa have a fifth columnist problem in his government?
Opinion & Analysis
3 months ago

'If you come looting, we will be shooting'- Racial tension flares up in Phoenix

Fake news, vigilantism and a lack of any police presence have fuelled racial tensions in Phoenix, north of Durban, where at least 20 people were ...
News
2 months ago