Era of 'distant and unconcerned' ward councillors has ended: Ramaphosa 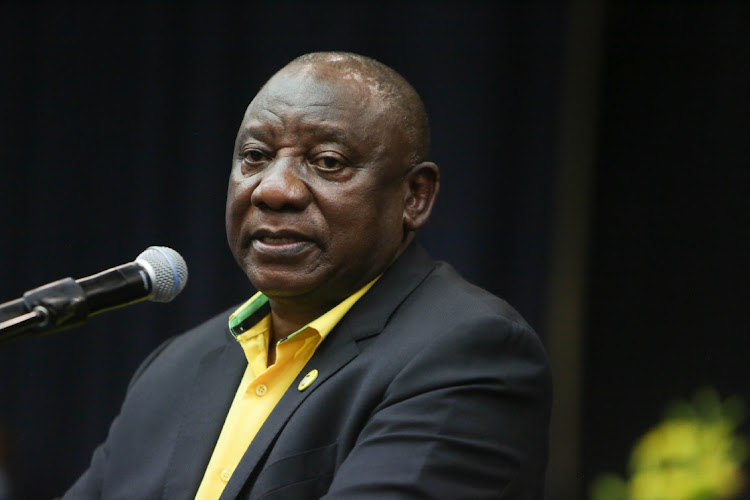 ANC president Cyril Ramaphosa has promised that the nearly 10,000 ANC local government election candidates will not rest until they “end corruption, fraud and patronage, no matter what form it takes and no matter who is involved”.

“We have demonstrated that we will not stand by for wrongdoing, no matter who is involved. We will not protect any ANC leader, public representative or member who faces charges of corruption of other serious offences. The law must take its course and justice must be done in SA,” said Ramaphosa on Tuesday evening.

Ramaphosa was speaking at the inaugural “roll-call event” at the Alberton Civic Centre where the party introduced 9,406 councillor candidates who signed a pledge ahead of the November 1 local government elections, as part of the ANC’s commitment to “do better and be better.”

While progress has been made to fight corruption and state capture, Ramaphosa said, “more can be done”.

“We have rebuilt public institutions and have started to revitalise state-owned enterprises. We have undertaken mass public employment programmes and driven far-reaching reforms,” he said.

An ANC T-shirt and the party’s doek were the most sought-after items when the governing party’s deputy president David Mabuza campaigned in Tshwane ...
Politics
3 months ago

Ramaphosa said there will be days when the tasks of renewal and rebuilding the organisation will be difficult.

“While correcting our own mistakes may be very painful, we are determined to restore our movement and rebuild our country and to unite the ANC and by so doing, unite the people of SA as well.”

Most importantly, Ramaphosa said, the councillors have committed to make sure that those they serve have better services including houses, clean water, reliable electricity, sanitation, proper roads and clean towns and cities without litter.

“Our towns are dirty and filthy right now. These candidates, when elected as councillors, are going to clean up. That is the instruction that I am issuing today. I am committing you as councillors to clean up our towns and townships.”

Ramaphosa promised that the councillors will not stand by while the roads go into disrepair.

“They will make sure that street lights work and that there are places in every community where children can play in safety. This means they will work to fix municipal finances and systems to improve billing and revenue collection. They will ensure that service providers, both big and small, are paid on time and that council budgets are spent wisely and (that there is) no under spending or misspending of council funds.”

He said functioning local government was vital to the recovery of the country’s economy, investment and job creation.

“Every city and every town must be a place where business can thrive and where investors can be confident that they can achieve sustainable returns as they create jobs.”

“I say this because democratic processes of the ANC are rigged to favour other candidates and people are purged because of the assumption that we ...
Politics
3 months ago

Ramaphosa conceded that there are some areas where the ANC had not done well “but we have also said we are going to do better”.

To correct what has gone wrong and fix mistakes, Ramaphosa said: “As part of the renewal and rebuilding of the organisation ... we have sought to involve ordinary community members in our candidate selection process so that our candidates understand that their first responsibility is to the people that they represent and not themselves.”

By signing the pledge, he said, the candidates, which comprise 46% women, “promise to serve with honesty, integrity and dedication and to do so with humility and selflessly”.

“They have undertaken to be responsive, inclusive and accountable. They have pledged to put the interests of the people of SA first.”

Ramaphosa said the ANC was aware that it had not always lived up to the expectations of the citizens.

“We know that there are areas where we have disappointed our people and where services have not been delivered. Where corruption and mismanagement have taken hold and where infrastructure has not properly maintained ...

“We know that there are councillors who have not listened to the concerns of our people, who have not sought to explain to our people the problems that they have encountered in not being able to provide services.”

The party is also aware that some councillors have not offered solutions and others “have also grown distant from our communities and have in the process appeared arrogant and unconcerned — this comes to an end this election”, he said.

IN PICS | Ramaphosa takes election campaign to Magashule's home base

By taking the pledge, Ramaphosa told councillors that they have also promised, “to take nothing from the people of our country”.

“You have also promised to accept no inducement, commit no fraud, disavow any form of nepotism or patronage as well as to respect the women and the girls of our country.”

He reminded the councillors that they will be made to account for the commitment they have made. “This is a pledge you must carry wherever you go ...”

Head of elections Fikile Mbalula told the councillors that the pledge was a legally binding document. “So you will sign it and hand over to the provincial secretary who is mandated by the acting secretary-general, who will oversee the signing of the pledge on behalf of the ANC and NEC.”

In ‘Podcasts from the Edge’, Peter Bruce talks to elections analyst Dawie Scholtz about the upcoming polls
Politics
3 months ago