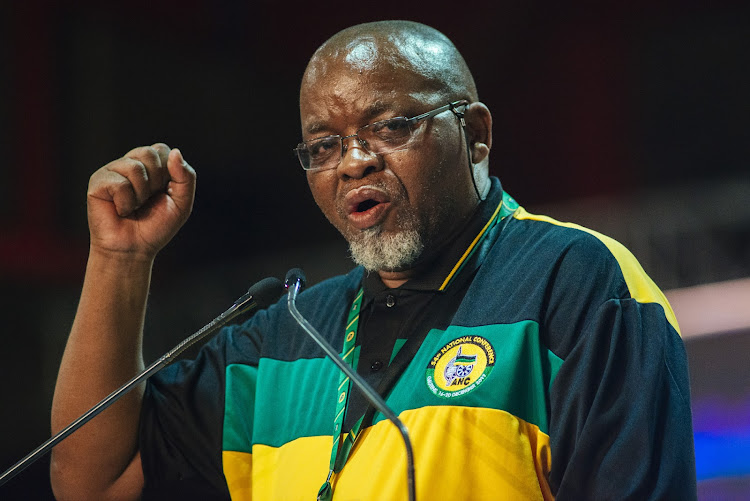 ANC national chairperson Gwede Mantashe has taken a dig at his successor Ace Magashule, suggesting that had he been schooled by the National Union of Mineworkers like his three predecessors, he wouldn't have made the blunders he did — including his attempt to suspend the president.

Magashule was the first ANC secretary-general since its unbanning who did not come from the mining union. Mantashe, Cyril Ramaphosa and Kgalema Motlanthe were all NUM general secretaries who later held the powerful position within the ANC.

He said if NUM was failing to produce more ANC SGs, it should look at the quality of its membership.

“We missed one now. We had another secretary [Magashule] who was not from NUM. I don't want to talk about what happened then. I am not here for that,” he said to heaps of laughter from delegates.

Mantashe repeatedly said it was important not to criticise one's predecessor or successor, to avoid “plunging the organisation into chaos”.

“It's a very important principle never to criticise your successor or criticise your predecessor. You don't say, 'When I was secretary-general this is what happened, look at this now', or to say, 'My predecessor didn't do well.'

“If you cling to that principle you will never plunge the organisation into chaos. Even if your successor or predecessor commits mistakes, you sneak quietly to him and say, 'Listen, comrade, you don't have the powers to fire the president',” he said.

“You don't call the media and say I told you that. You speak to him and say, 'Jong' apha [look here] comrade, it's not the power of the SG to just wake up and write a letter to the president saying you are suspended'.”

Magashule attempted to suspend Ramaphosa as ANC president in May shortly after he himself was asked by the party to step aside as its secretary-general and while he was facing charges related to an asbestos project in the Free State when he was premier.

Mantashe also spoke about how corrupt and factional ANC members were resisting change in the party.

He said party officials encountered resistance when dealing with “tigers” or senior deployees and some members would become unhappy.

“You go to a municipality, you arrest all the clerks but once you begin to touch the mayor, everybody stands up, ke mayor warona [he is our mayor]”.

“We must allow ourselves to deal with both tigers and flies to succeed. In a few years down the line, corruption and factionalism are going to be an exception. If we don't do that, we are in trouble,” he said.

He described those who resisted the party's renewal process as beneficiaries of both corruption and factionalism.

“The ANC must cleanse itself, it is busy with that. But what we should do, if we want to see corruption being an exception, together with factionalism, like the Chinese Communist Party, we must deal decisively with both of those negative factors,” he said.

“It will take some bold leadership to change the direction of being seen as amasela [thieves], to correct that situation.

“We are swimming against a very strong flow. In the process, stories are going to be created about you because you are touching the untouchables.”

Mantashe said as the party was cleansing itself, ANC leaders were facing a painful reality where ordinary people refer to them as thieves.

“As leaders of the ANC, we walk into a place and you hear people say here come the thieves, and it's us who are referred to as thieves. It's painful but it's reality,” he said.

Suspended ANC secretary-general Ace Magashule and 15 co-accused are back in court, facing more than 70 charges of fraud, corruption and money ...
Politics
3 months ago

Suspended ANC secretary-general Ace Magashule’s legal counsel has asked the state to provide a list of witnesses implicating his client in his ...
News
3 months ago