Malema: ‘A government that switches off electricity during matric exams does not deserve your vote’ 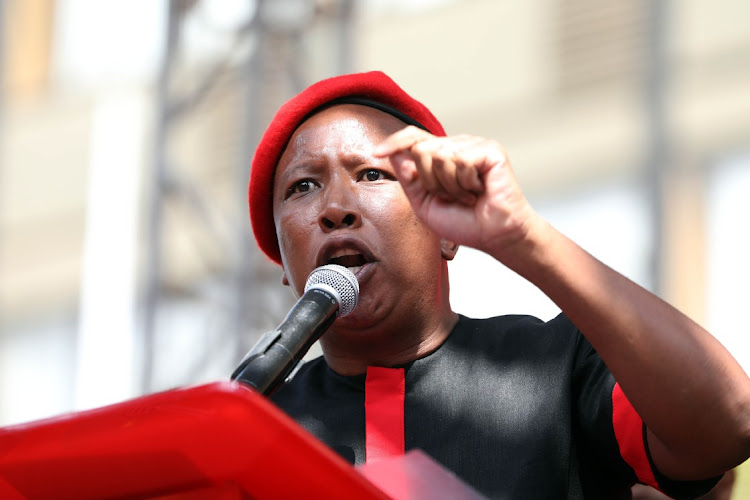 EFF leader Julius Malema has urged Inanda residents in eThekwini municipality to not vote for a “government that switches off electricity” during the matric final exams.

Malema was addressing his supporters ahead of the local government elections on November 1.

SA is on stage 4 load-shedding until 5am on Friday.

It was moved from stage 2 to stage 4 on Wednesday, the day matrics  began their final exams.

Malema said the ANC failed matrics, leaving them to study in the dark.

“Matrics are writing exams, there’s no electricity. You have no jobs and you are the evidence of no service delivery. Remember that when you go vote,” said Malema.

“A government that switches off electricity during the matric exam period does not deserve your vote. We send our revolutionary wishes to the matric class of 2021 for their success despite the failures of the governing party.”

Load-shedding is giving us headaches: Matric pupils on day one of exams

Matric pupils are citing Eskom's enforced power outages as another hurdle to face, in addition to modified learning due to the Covid-19 pandemic.
News
6 months ago

Matric examinations are set to end on December 7.

Umalusi, the council for quality assurance in education and training, this week urged power utility Eskom not to implement load-shedding during exams.

CEO Mafu Ramoketsi told the SABC Umalusi had appealed to the department of basic education to discuss mitigation measures with Eskom.

“We note Eskom is implementing load-shedding as examinations are about to commence. This is something the department of basic education has to discuss with the authorities at Eskom,” said Ramoketsi.

'Pens down' and lights off: Umalusi urges Eskom not to load-shed during matric exams

It may not be only "pens down" but also lights off for some matrics.
News
6 months ago

Gatvol of load-shedding? Here are five ways to deal with it, and how much it will cost you

Dealing with load-shedding on a budget.
News
6 months ago

Turning up the heat: hotline set up to prevent matric cheating