POLL | Should the DA and ANC join in coalition? 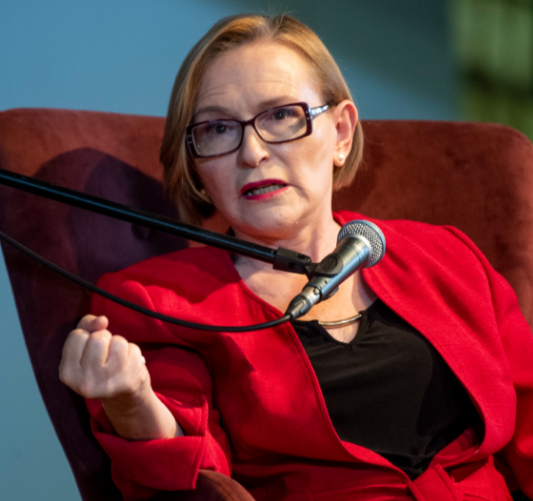 DA federal council chairperson Helen Zille, in what she says was a casual conversation taken out of context, said in 2019 she believed the DA should think of entering a coalition with the ANC. File image.
Image: Gallo Images

As the nation gears up to vote in the local government elections next Monday, some have suggested the two biggest political parties in the country should work together in coalition.

Coalitions are set to be formed in several key metros once the results are out next week, with analysts predicting the ANC may not get an outright majority in some.

The idea of the ruling party teaming up with the main opposition resurfaced recently when a leaked audio of Helen Zille speaking of the idea went viral.

In the clip, which she said was recorded during a casual conversation in 2019, the DA federal council chair can be heard saying: “I’d rather make tough demands on Cyril Ramaphosa’s ANC and force to unite under them, and go into coalition with them and make strict conditions for them, than go into coalition with anyone else. That I think should be our aim in the next election.”

Zille claimed the audio was edited and taken out of context. She said the DA was aiming to win a majority of 50% plus one so it doesn’t have to go into a coalition.

“People hate coalitions. They’ve seen what coalitions have done with their complete instability and the jumping of smaller parties from one side to the other,” she told CapeTalk.

Meanwhile, Business Day reported on Thursday that the ANC was open to the possibility of a coalition with certain parties, while a DA insider said the party has to consider what is best for the country, even if it meant working with the governing party.

The report came as DA leader John Steenhuisen seemingly did a U-turn on possible coalition talks with the ANC.

Addressing supporters in Mamelodi on Wednesday, Steenhuisen said his party did not want to work with the ruling party.

“The latest lie that they have come up with is that the DA wants to get into government with the ANC. And I am here to tell you quite unequivocally today, and in front of this crowd, that we do not want to get into bed with the ANC.

“We want to kick the ANC out of the bed. We want to bring them below 50% so that we can change this country. That’s what we want to do,” said Steenhuisen.

He had just days earlier told the Sunday Times the DA was prepared to work with the ANC in all municipalities except the Nelson Mandela Bay metro.

DA federal council chair Helen Zille has seemingly changed her tune about entering into a coalition with the ANC.
Politics
9 months ago

Addressing supporters in Mamelodi on Wednesday, DA leader John Steenhuisen said his party did not want to get into bed with the ruling party.
Politics
9 months ago

The ANC’s own polling puts its support at 46% in Johannesburg, while other surveys indicate the city may be too close to call.
Politics
9 months ago

SETHULEGO MATEBESI | Municipal transformation depends on voters, so what to do?

For a sea change, the electorate must be able to participate, want to do so and feel its participation matters
Opinion & Analysis
9 months ago