ELECTIONS LIVE UPDATES | Your vote is your voice, what will it say on election day? 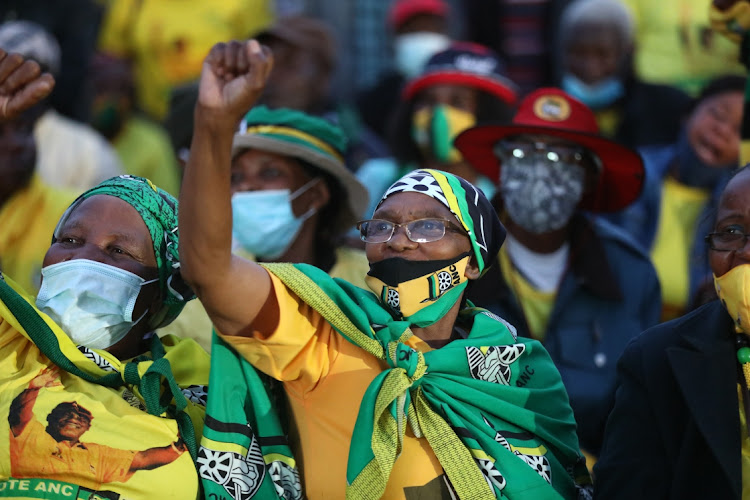 ANC supporters came out in their number at Thokoza park Soweto where the ANC held its last rally for the Local government elections.
Image: Thapelo Morebudi

President Cyril Ramaphosa has called on all South Africans to vote in Monday's local government elections.

“Monday is your appointment with your democratic destiny. Let us all go out and vote, whoever we vote for,” said Ramaphosa in his capacity as head of state.

Speaking on the sidelines of an election rally in Ivory Park on Saturday, Ramaphosa asked millions of citizens to make their voices heard.

The Electoral Commission (IEC) assured voters it will reopen voting stations that were closed due to community unrest on Saturday, the first of two days of special voting for local government elections.

The IEC in the Eastern Cape confirmed that six voting stations in Nyandeni, Mdikane, Tylden, Kholweni, Matatiele and Entilinin had been closed due to service delivery protests.

In KwaZulu-Natal, eight stations were closed due to a protest over a dispute in traditional leadership in Mkhambathini Municipality.

Archbishop Desmond Tutu and his wife Leah cast their special votes at their Milnerton home in Cape Town on Saturday.

After casting their ballot, Tutu and his wife briefly went outside to greet the media. Before heading inside the Arch flashed a thumbs-up and a peace sign as an indication that all went well.

Some residents have planted hope and hydrangeas in the sandy soil while dogs mooch about in tiny yards.

They’ve been staring over the fence for more than a decade, wondering if help might arrive on the back of a truck laden with electric poles and working toilets.

Others have given up on any notion that things can change and, come Monday, will be voting — or not, in this case — with their feet.

Swartz, who heads the Jesus Celebration International Church which has multiple branches in and around Cape Town, took to YouTube ahead of Monday’s polls to warn his followers of a campaign to discredit the ARA.

He cited numerous alleged cases of intimidation as well as a court case involving himself and some of his companies.

Swartz said it was odd that a case against him in the Cape Town high court, dating back to November last year, should have coincided with the launch of his party.

The pandemic has made us rethink everything, even pens! The Electoral Commission will provide pens and sanitise them after each use. Voters are encouraged to bring their own pens to help reduce the spread of #COVID19. pic.twitter.com/Q6TXIRdvxE

IEC officials prepare to welcome the special voters in Hanover Park on the Cape Flats on Saturday morning ahead of the Municipal elections 2021. @TimesLIVE @IECSouthAfrica #LGE2021 pic.twitter.com/mKxmKBUR47

Ivermectin and other treatments of Covid.
This is what we say about it in our 2021 Manifesto.#VoteforLiberty
Read our full manifesto https://t.co/58UFiDndza pic.twitter.com/1tLlpixCxR

⁦@ForGoodZA⁩ has the experience and an actual plan to fast-track basic service delivery here in Cape Town. Don’t just give your vote away. It has value. Use it wisely and lend ⁦@ForGoodZA⁩ your vote. #VoteSmart #VoteGood #VoteMabonaWard114 #Mfuleni #MakeCapeTownGood pic.twitter.com/pPTea5ECd8

We want competent mayors who will demonstrate that they will put the interests of our people first: Ramaphosa

We want competent mayors who will demonstrate that they can perform and who will put the interests of our people first. #Siyanqoba #VoteANC pic.twitter.com/VLV63fRWIZ

Your vote is your voice, what will it say on election day?

[In Pictures]: EFF Former National Chairperson @AdvDali_Mpofu at the festival of the poor today in Katlehong. #EFFTshelaThupaRally pic.twitter.com/s7RC9bYQnC

The only thing that can lift millions of young people out of crippling poverty is the kind of economic activity that brings millions of jobs. Investors take their businesses where they see opportunities.

Today I got to share our offer with young people in Stellenbosch.#VoteDA pic.twitter.com/mRzuzjTFa6