When days are dark, these Soweto residents feel left out in the cold by politicians

Now they are ready to give them the cold shoulder 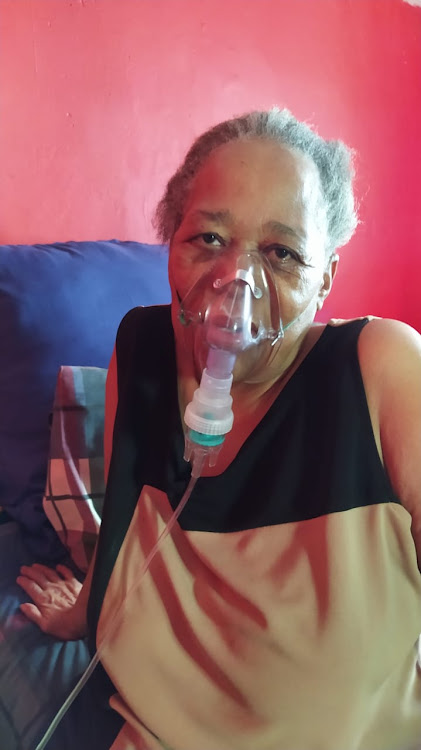 Gogo Motsidisi Lunga, 65, depends on an oxygen machine and nebuliser to breathe. The elderly woman, who resides in Naledi, Soweto, is one of many people who have been without electricity for four months in the area. Depending on her health on Monday morning, she will go and vote.
Image: Amanda Khoza

The burden of burying her 12-year-old daughter, Lungile Sefatsa, without electricity has weighed heavily on Lucy.

The 42-year-old Soweto resident has been without electricity for about four months now, despite ANC president Cyril Ramaphosa’s promise that Eskom would restore power in the Naledi area before the November 1 local government elections.

It’s the eve of the elections, and Sefatsa finds herself relying on candles for light.

Sitting on a mourning mattress on Sunday, the Gugu Street resident said she had heard that some of her neighbours were mobilising to block roads and prevent people from voting on Monday in protest against a lack of electricity.

What has fuelled the anger of the Naledi residents is that when Ramaphosa launched his election campaign in September, he visited the Nomzamo informal settlement, Naledi and his home turf of Chiawelo, where the communities complained about electricity.

During his campaign Ramaphosa promised communities that, come voting day, there would be lights. In some areas of Nomzamo and Chiawelo, power has been restored. However, in some parts of Naledi, the residents feel left behind.

“It was too much to bury my daughter without electricity and you know when there is no electricity, everything comes to a standstill. And if you are a single mother like me, with no parents and looking after six children and those of my sister. I have no mother and father, so all of them depend on me.

Reflecting on the party’s campaigns across the country, Ramaphosa said people had raised their issues with the party leadership clearly, fearlessly ...
Politics
6 months ago

o“It’s really difficult. I was scrambling about for gas stoves and had to have enough candles to use every day, for every room. At least before my daughter’s death we were using one candle, which I broke three times, but this past week we used about eight packs.”

On Sunday, during his final election campaign in Kagiso on the West Rand, Ramaphosa said Eskom had attended to the Soweto community’s electricity problems. He blamed most of the outages on illegal connections and cable theft. He did however say that he was putting pressure on Eskom to make sure that all South Africans have electricity.

Sefatsa was at work when Ramaphosa came to campaign in the area in September. “Tomorrow we are voting and we still do not have electricity. I feel like we should not vote. What are we going to vote for because we are suffering?” 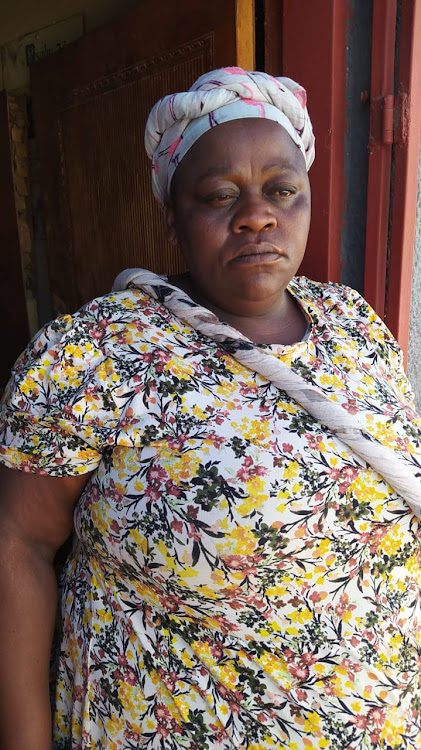 Lucy Sefatsa, 42, had to scramble for gas stoves and paraffin on Saturday during her daughter's funeral. The Naledi resident says she feels let down by the government which promised to restore power by November 1.
Image: Amanda Khoza

Sefatsa said she won’t be voting on Monday as, “I have too many problems. My uncle died yesterday and that is the reason why we are still sitting on the mourning mattress.”

Given an opportunity to speak to Ramaphosa, Sefastsa said she would tell him: “You need to fix things. I don’t understand why we even voted for you. We regret voting for you. When we grew up, we believed that the ANC was going to better our lives and that ANC of old really helped our parents. But now things have changed. The government is failing us too much.”

She added she heard that in Chiawelo, where Ramaphosa grew up and where his sister Ivy Ramaphosa resides, there are never blackouts.

“We heard that when there was no electricity there, the community went to protest and the power was restored within six hours. We wish we could also be prioritised and if push comes to shove, we will also protest. But this thing of burning tyres and blocking the roads is painful because I am the breadwinner and if I don’t go home, it’s really bad.”

Standing under a tree across from Sefatsa’s home, Oupa Molefe, 54, said he feels disrespected by the government. “Especially the president because we gave him a memorandum with a list of demands when he came to campaign here. We told him that our transformer did not blow up, it was switched off but there is still not electricity,” he said.

Molofe said after Ramaphosa’s visit, the community was visited by Gauteng premier David Makhura and newly elected Johannesburg mayor Mpho Moerane, who promised to restore the electricity. “Till today we have no electricity.”

Molefe said on Monday he will vote so that he can give another party a chance to govern. “I will never ever vote for the ANC again. I am not going to protest because if we protest, they will win. We need to go and vote so that we can remove them from power.”

Around the corner in Legwale Street, gogo Motsidisi Lunga, 65, is sitting on her bed resting.

The elderly woman, who has breathing problems, uses an oxygen machine and a nebuliser, which need electricity. “It’s difficult. I use oxygen because my levels are low and without electricity it does not work,” said Lunga.

When asked how she copes, she said: “We try. We got an extension cable to connect to the house across the road but the cars drive over the cable and then it breaks and then I have to replace it all the time.”

Lock the door and don't open for anyone! That's the advice President Cyril Ramaphosa gave to his sister, Ivy Ramaphosa.
News
7 months ago

Lunga said she was visited by Moerane two months back, who promised to prioritise her case. “They said they will try. My child showed me that the transformers are here but there are parts that are missing.  Since then we have never heard from them.”

Depending on her health, Lunga said might go out and vote on Monday. “What’s the use of voting because they make promises every day and they do not honour them. We also vote for them all the time but nothing changes.”

Lunga said she is pained by the state of the ruling party. “This is not the ANC we know.”

Kabelo Mgosana, 29, said on Monday he will be part of a group of protesters who will block the roads and close the local voting station. “The ANC lied to us and made empty promises. They say that Ramaphosa will deploy soldiers, we don’t care. We are not afraid of the police. We will close the streets and the voting stations,” he said.

Mgosana, who was present when Ramaphosa promised to provide electricity said, “Tomorrow I am not voting. It has been about five months since we had electricity.”

“However, if there is interference, intimidation and damaging of property, we will not tolerate it, especially in the interest of the law-abiding citizens who also have a democratic right that should be respected.”

Naidoo said polling stations have been categorised in terms of low, medium to high risk stations and police officers are to be deployed accordingly. “We will also have reserve forces on standby for additional deployment should the need arise.”

Load-shedding will come to an end at 8pm, Eskom CEO Andre de Ruyter said on Friday afternoon.
News
6 months ago

Eskom challenges 'serious and complicated', Ramaphosa tells voters — but promises they will be resolved

“So, you allow Eskom employees to connect your electricity illegally?” Ramaphosa asked Sebokeng residents on Friday.
Politics
6 months ago

Johannesburg's City Power is seeing red over Eskom’s refusal to exempt it from load-shedding.
News
6 months ago