'It's nonsensical. What must I vote for?': sinkholes swallow hope on the West Rand 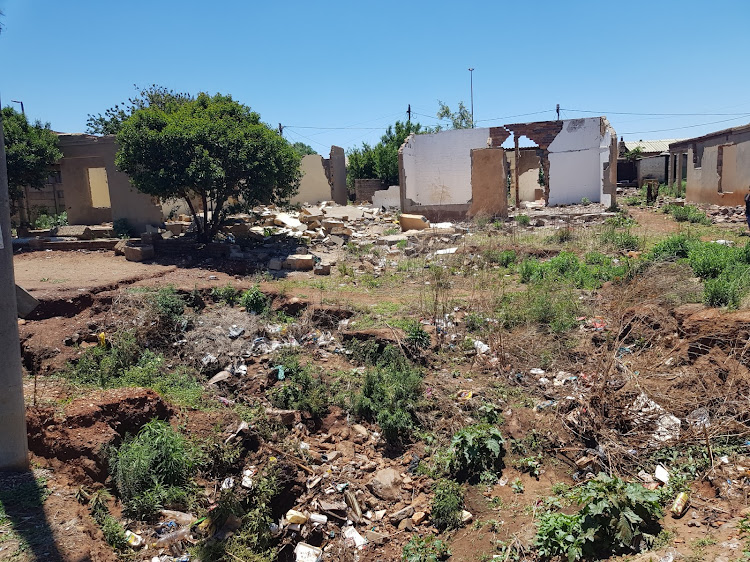 I don't think I am safe in this house because I don't know what is going on underground, said resident Martha Thekiso.
Image: Nomahlubi Sonjica

Martha Thekiso lives in a renovated house in Pedi section of Khutsong on the West Rand — right where five other families had to be moved from their homes because of sinkholes.

Those houses remain abandoned, in a dilapidated state.

Sunday Times Daily reported in January that only 840 of the 26,583 families living in the area, almost 65% of whose homes had been classified as high-risk and not suitable for human habitation, had been relocated to a safer area.

The municipality said at the time that it needed more than R6bn to relocate families and for infrastructure development.

When TimesLIVE visited the area, it was cordoned off due to a sunken tarred road which posed a danger to motorists and children.

Thekiso, 67, said on Monday that she had lived in the area for more than 30 years.

“I do not know where they are moving us to. All I know is they will move us to RDP houses,” she said. She also does not know if there is a sinkhole beneath her house.

“I don't think I am safe in this house because I don't know what is going on underground. I'm scared but what makes me mad is that when they move us they will take us to RDP houses. What happens to the work I have done in this house?” she asked.

Thekiso took TimesLIVE on a tour of her house to show the improvements she made over the years. 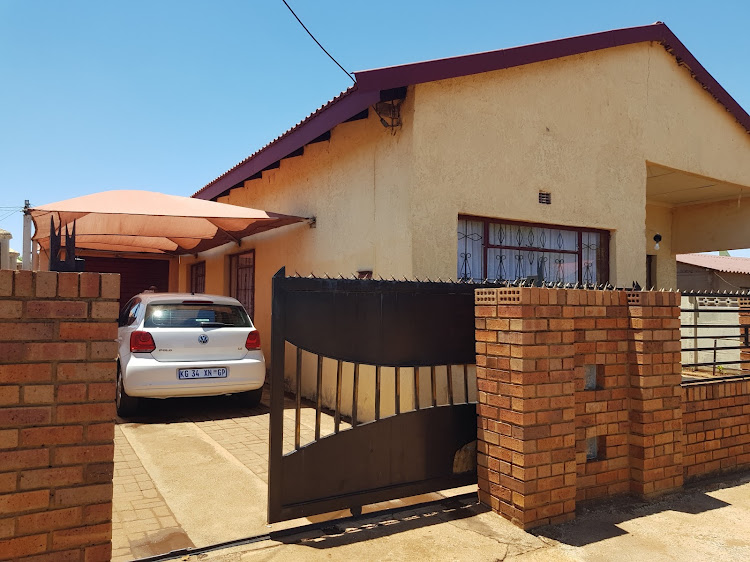 When she bought it there were only two rooms. Now it has a dining room, a lounge, three bedrooms, an outside room and a garage.

“I'm worried that if they move me, I will not have space to put all my stuff.”

“I am asking the municipality to address this issue of sinkholes so we don't have to move.”

Thekiso had not cast her vote when TimesLIVE visited her on Monday. “I might go late,” she said.

Tsietsi Tueng also lives in the area and is reluctant to move. “We can't move ... the municipality needs to fix the sinkholes and let us live here in peace,” he said. “There is nothing wrong with my house. I have been staying here for 40 years.”

He chose not to vote, saying it was “pointless” to do so. “This thing of voting is pointless. It's nonsensical. What must I vote for?”

He said there was no progress in the township. Roads needed to be fixed and the street  lights did not work.

“We must lock our gates by 6pm because we are not safe. People stay behind locked gates because of the crime,” said Tueng.

Another resident, Ipeleng Molatlegi, who has lived in the area since 1979, said she was concerned about the ground caving in and swallowing her home.

“If they say we must move, I will move. The only problem is that they are moving us to RDP houses which are smaller than our houses.”

She is also worried that her house has a crack which could signal a sinkhole forming underneath.

“I am worried about the crack, but the municipality must consider that we spent money building these houses, they can't expect us to just up and leave.”

Jacob Zuma says his vote went to the ANC

Former president Jacob Zuma on Monday called on ANC members to vote for the party.
Politics
6 months ago

RDP houses, the R350 social relief of distress grant and food parcels are the reasons some residents in Boikhutso township outside Lichtenburg, ...
Politics
6 months ago

Eastern Cape kings have urged their subjects, particularly those in rural communities, to go out in numbers to cast their votes — and only vote for ...
Politics
6 months ago