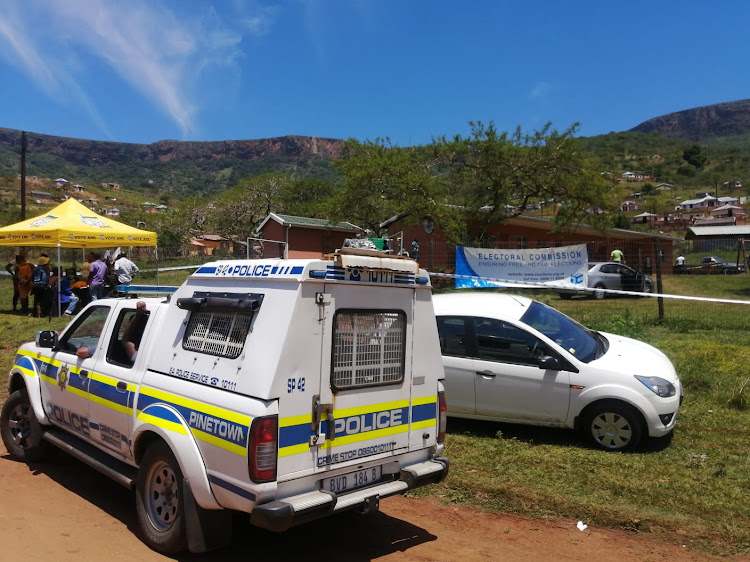 Police were kept busy at various stations around KwaZulu-Natal where communities attempted to put a stop to voting
Image: Orrin Singh

Road closures, locked gates, trenches and a voting station break-in were some of the incidents that hampered the electoral process in KwaZulu-Natal on Monday.

IEC KZN said in a statement on Monday that two voting stations didn’t open in Umzinto on the KZN south coast on Monday because the community dug trenches to prevent access.

“One was opened today and this morning the process of moving from the second original voting station to an alternative venue got under way,” the IEC said.

The commission said a voting station was broken into overnight at Ward 14 near Marianhill, west of Durban.

Voting station officers arrived on Monday to find that voting compartments, ballot boxes and tables had been vandalised.

Road blockages in ward 15 in the Jozini municipality and Uthukela region were cleared by police and municipal officials on Monday morning allowing voters to cast their votes.

Police were also called to Elungeni Primary School, in KwaMaphumulo after the community locked the gates to the voting station.

The commission said it had received reports that presiding officers were not allowing voters to go through the process until they were successfully scanned by their electronic database, but this was addressed after a bulk sms was sent.

Police have been deployed to closely monitor the situation at the Ntobeko voting station in ward 2 of the Mkhambathini municipality in KwaZulu-Natal ...
Politics
6 months ago

Many residents in Bochabela, Rocklands, Kagisanong and Phahameng in the Free State were going about their business on Monday far from voting stations.
Politics
6 months ago

Deep distrust, apathy, wariness and weariness - the mood in Thembisa, Ekhuruleni, on election day is palpable.
Politics
6 months ago