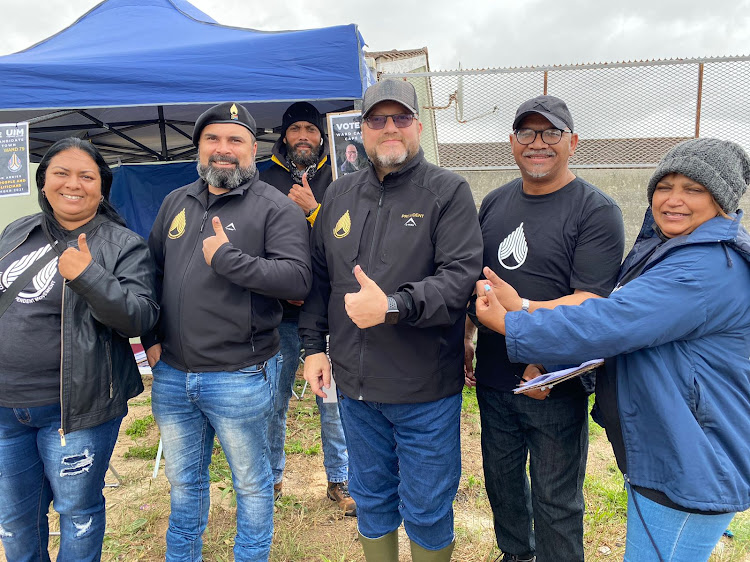 De Beer said on Monday it was unhealthy for one party to have an overwhelming majority in any council. He is a former member of the ANC. De Beer defected from the apartheid security police to become an ANC operative in the 1980s. UIM is one of the new political parties contesting the 2021 municipal elections.

“The energy at the polling stations is like 1994, I am standing in Mitchells Plain right now,” he said.

“The DA scored huge own goals the past couple of weeks. We also live in two cities in Cape Town — there is one for the rich and one for the poor. The poor have never been given the right to rise. Not to be rich, but to have basic human rights. We cannot have that any more.”

De Beer predicted that the city would be governed by a coalition of parties.

“I think the future is coalition,” he said. “I think the fact that the DA is trying to tell the people that it’s a DA/ANC vote and that nothing else matters is starting to eat at democracy. Smaller parties might not be kings but they can at least be the conscience and keep those big parties in check. That is what we are doing.”

To protect the identities of any children who may be involved, TimesLIVE is not naming the man — who strenuously denied the claim that he has been ...
Politics
8 months ago

Pictures of De Villiers squaring up in boxing gloves are emblazoned on the Good party’s campaign posters lining the streets in Paarl.
Politics
8 months ago