'You can understand why we were angry': Pretoria cops' cool heads avert voting disaster 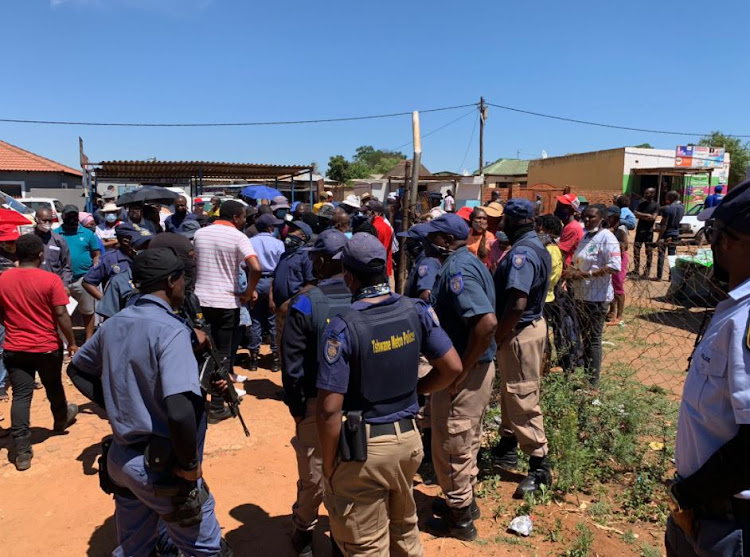 SAPS and Tshwane metro police officers calm irate Mamelodi East residents who tried to force their way into the voting station at the Life Giving Ministries church after learning that their names had apparently been left off the voters' roll.
Image: Graeme Hosken

Cool heads and nerves of steel from police averted a potential disaster in Pretoria on Monday when hundreds of furious Mamelodi East residents tried to storm a voting station.

As terrified voters cowered inside the grounds of the Life Giving Ministries church, dozens of heavily armed SAPS and Tshwane metro cops formed a ring of steel around the voting station.

Outside the church, in the township’s Ward 93, residents demanded to be allowed to vote after they discovered that their names were allegedly left off the voters' roll.

The chaos was among several glitches to affect voting in Pretoria on Monday. Delays were experienced at several polling stations in the capital because of the late delivery of ballot papers and vote-processing machines.

Many residents in Bochabela, Rocklands, Kagisanong and Phahameng in the Free State were going about their business on Monday far from voting stations.
Politics
2 months ago

As irate Mamelodi residents tried to scale the church fence, terrified electoral officials took shelter inside the church, reassuring mothers with crying babies and the elderly that they would be able to safely cast their votes.

With their members standing firmly behind them, a SAPS colonel and a Tshwane metro police officer calmly addressed the crowds, assuring them they would vote.

“No-one wants to fight. We must respect each other,” said the metro officer.

After 45 minutes of negotiations, the officers calmed the crowds, bringing out an IEC official to explain why some of residents' names were seemingly not on the roll.

One by one, residents, who were established to be registered at the station, were let in to vote. Those not on the roll were redirected to nearby voting stations after IEC officials established that many were at the wrong venue.

Julius Nuthige, who was initially turned away, said he was glad the process was over.

“You can understand why we were angry. I queued for three hours in the hot sun only to be told that I was not registered here. I told the official it was impossible. I showed him a printout of my registration. The more I insisted I was registered the more he told me to leave. The officials were telling so many to leave, without checking the papers properly for our names.

“None of us wanted to fight. We just did not want to be turned away when we had a right to vote here. I am just glad the police were there to keep the peace.” 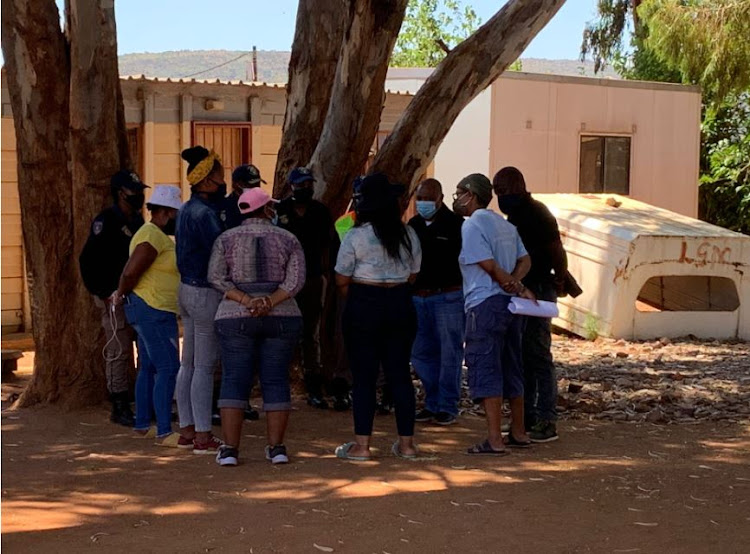 Police and IEC officials negotiate with community leaders at the Life Giving Ministries in Mamelodi East after residents tried to force their way into a voting station upon learning that their names were not on the voters' roll.
Image: Graeme Hosken

Thabo Lekalala, who took shelter in the church grounds while waiting to vote, praised the police for their “calm heads”.

While police worked hard to calm the situation at the church, at Bula Digoro Primary School in Mamelodi East's Ward 16, a dearth of voters had IEC officials worried that many of the 1,300 registered voters would not cast their votes.

An IEC official said it was incredibly quiet.

“It is a public holiday so people can’t be at work. The turnout is really low. It’s mostly the elderly voting.”

Ester Ndlovu, 67, who voted at the school, said it was sad people were not coming to vote.

She said she voted so she and her family would be safe in their homes and on the streets.

“This guy 'John Wick' who is killing the gangsters in our area is a bad man, but not as bad as the gangs here.”

For months criminal gangs have been terrorising residents as they fight for control of Mamelodi.

“This person called John Wick has come and is killing these gangsters, but it is the police who should be killing them. It is not just anyone who should do that. What happens if he kills the wrong person? Crime makes me sad. I voted so we have better police in Pretoria. The police we have are not doing a good job. They are not catching the criminals. I really hope my vote makes a difference.”

In Nelmapius, which borders Mamelodi, voting took place at a snail's pace, with ballot papers and voting equipment arriving late.

Plagued by water outages and potholes, residents were expected to turn out to vote in their droves.

Instead, Kgotlelelo Manzini, the presiding officer at the voting station at Willow Manor Christian Church in Ward 33, said by 3pm, of the 1,213 registered voters only 232 had cast their votes.

“I think it [the low turnout] is because of the heat.”

“We opened at 7am but the papers only arrived at 8am. There were issues with the escorting.”

Rosey Mokwebu, 71, said service delivery was non-existent in the area.

“For two years I have complained about a pothole outside my driveway. It has never been fixed. Many are unhappy with service delivery. They must now come and make their voice heard.”

“I was here at 6.30am. Why were the ballots not here earlier? Voting day was not announced yesterday.”

IN PICS | South Africans make their mark in LGE 2021

South Africans were out early to make their choices in the 2021 local government elections on Monday.
Politics
2 months ago

The municipal elections have revealed how dissimilar the needs of Capetonians are.
News
2 months ago

Alexandra residents took to the area’s polling stations early on November 1 to cast their votes in the municipal elections. Many said they are ...
Politics
2 months ago