Only one can be a winner: Family foursome contest same ward in local elections

“We are strengthening democracy” 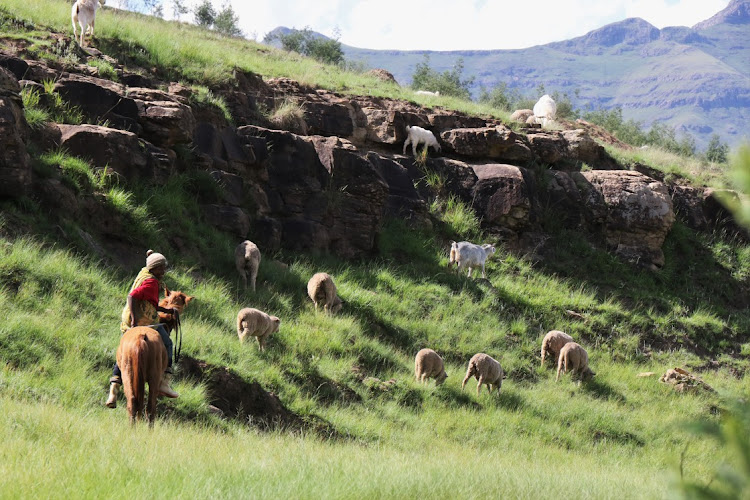 The rural district of Matatiele is host to one of the most interesting races in South Africa's local government elections.
Image: LULAMILE FENI

Irrespective of who wins the local government elections in Matatiele’s ward 10, an Eastern Cape family will emerge victorious, as any of its four “sons” is set to take over the ward.

In an unprecedented move, politics pitted the Ntabenis against each other in SA’s local government elections on November 1, with any of them guaranteed a council seat.

The foursome — two blood brothers and the other two their cousins — represented different political parties in a ward currently led by the ANC. 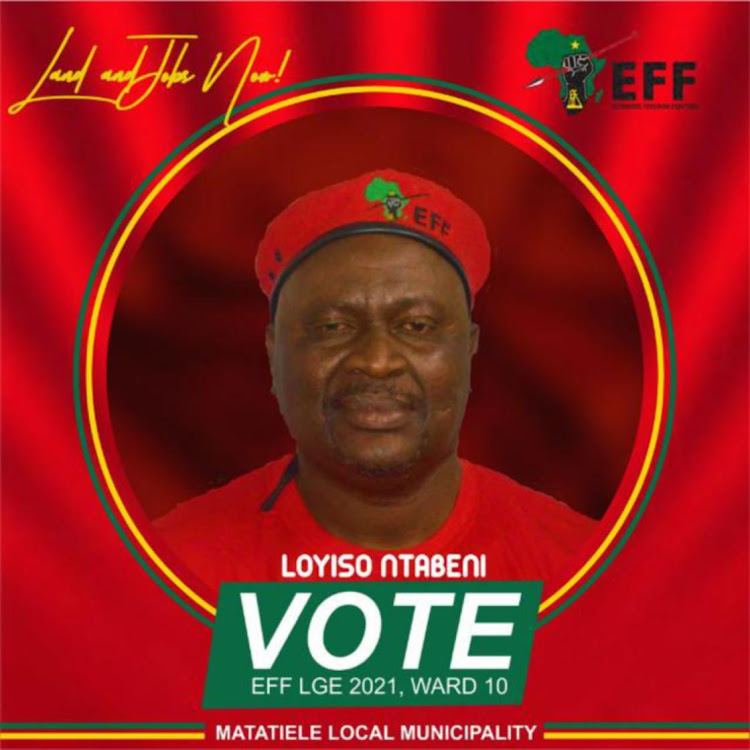 Loyiso Ntabeni, 50, born and bred in Magadla administrative area in Caba, was carrying the hopes of the EFF, while his younger brother, Luyolo Ntabeni, was determined to see the African Independent Congress (AIC) flag flying high.

Their first cousin, Siphamandla Ntabeni, contested the ward under the banner of the ANC, while his brother, Vuyani Ntabeni, stood as an independent candidate.

Loyiso said there was no bad blood between the family members.

“We are not enemies. We greet and visit each other.

“Even after the elections, we’ll call each other and have a good laugh,” he said.

“We never expected Luyolo to contest, and his decision took us by surprise. Initially, we expected a three-horse race. [But] It’s democracy in action. We are strengthening democracy.” 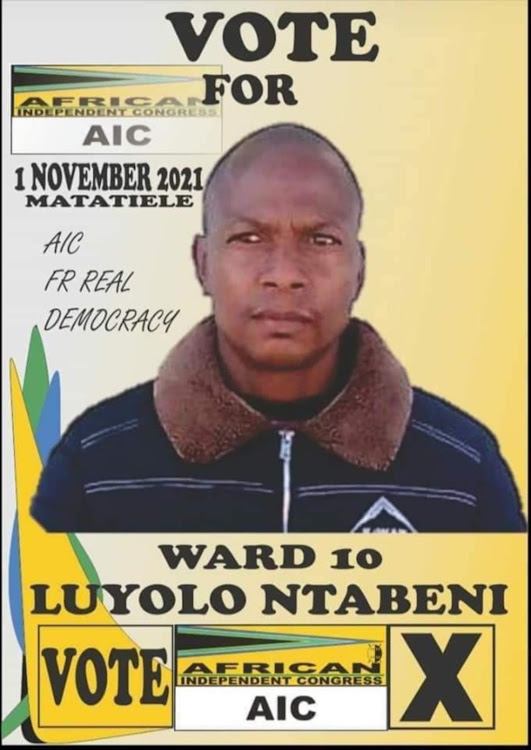 Loyiso said he had a chat with Vuyani over his dissatisfaction with the ANC, when Vuyani hosted an initiation ceremony in 2019. “In 2020, he told me he was standing as an independent,” he said.

He insisted their differing political views had not caused divisions within the family.

“We understand that things just happen in the heat of the moment, but we all get along and there are no tensions,” he said.

Loyiso is one of the EFF’s founding members in the Matatiele area.

“I used to be an ANC Youth League supporter during the era of Julius Malema, Floyd Shivambu and the late Sindiso Magaqa, but I jumped ship when the ANC got rid of Malema. I had faith in them and was distraught when they left,” Loyiso said.

In 2013, Loyiso became actively involved in politics, after the formation of the EFF.

He said he did not stand in the 2016 local government elections, but decided to give it a try in 2021. 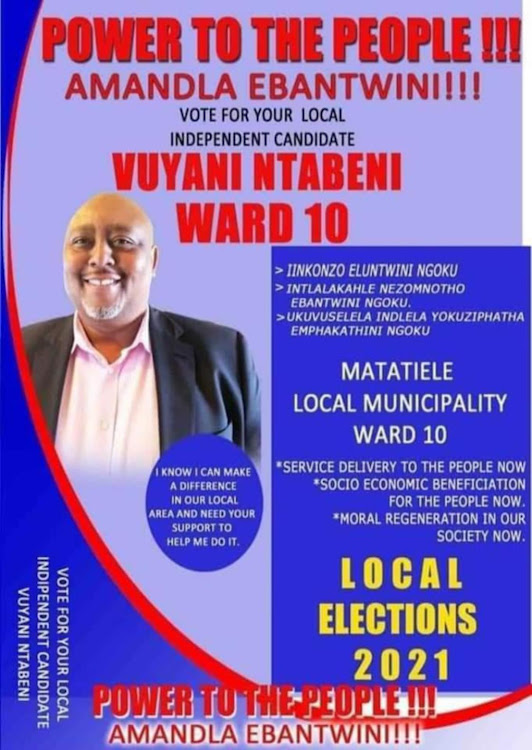 He said the failure of the ruling party to deliver basic services to ward 10 residents had motivated his decision to contest.

​He said frustrated youth, affected by the high unemployment rate, had resorted to crime as well as drug and alcohol abuse. “They are just sitting idle at home. All they think of is getting money to buy drugs and alcohol. They end up robbing the elderly,” said Loyiso, adding that there were no sports facilities to keep the youth busy.

He lamented the state of the roads in the area, pointing out that some villages were inaccessible.​

Lack of water and RDP houses were also some of the challenges facing the community.

Vuyani said they handled competition in a healthy way.

“If there is healthy competition, there will be progress. The competition is not about us, it’s about the people we want to serve,” he said.

“I’d like to implement service delivery, socioeconomic beneficiation​ for the people, and moral regeneration in our society. Those will be my guidelines towards helping people in the villages.” 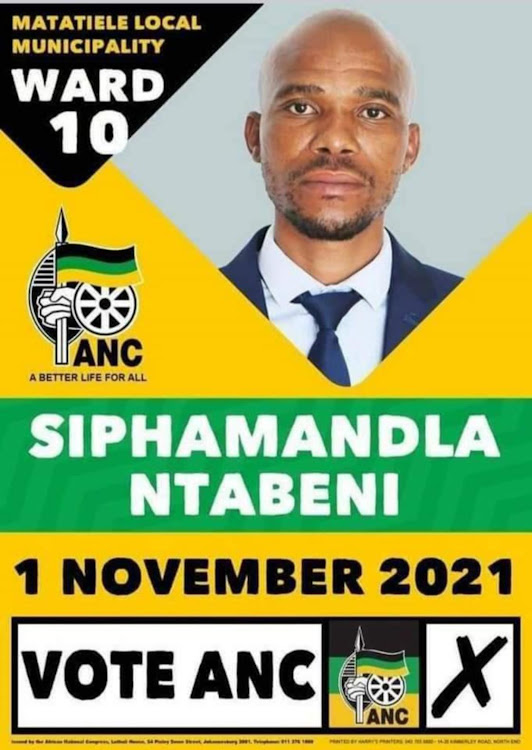 Siphamandla said the ward had always been controlled by the ANC since 1994 and he was convinced the party would retain it.

He said he would try to attract investors to tackle the high unemployment rate.

“The private sector and all spheres of government should come on board to create sustainable jobs,” said Siphamandla.

He promised that all the challenges — including unemployment, housing, roads, substance abuse and teenage pregnancy — faced by ward 10 would be addressed.

Luyolo declined to comment at the time he was contacted.

— This article was first published prior to voting in the 2021 local government elections. The outcome of the voting in this area is awaited. We will bring the result to you once it is received.

Voting started slowly on Monday, but many eventually made their marks, from chilly Cape Town to blistering Pretoria
Politics
3 weeks ago

Initial results from Monday’s municipal polls suggest the ANC will garner 46.6% of the vote, the Council for Scientific and Industrial Research said.
Politics
3 weeks ago

More than 8-million citizens made their way to the polls to cast their votes in the municipal elections at over 23,000 voting stations.
Politics
3 weeks ago

President Cyril Ramaphosa on Monday said aggrieved South Africans who feel let down by the government have every right to complain.
Politics
3 weeks ago