Praying for a saviour in remote Matebeleng village 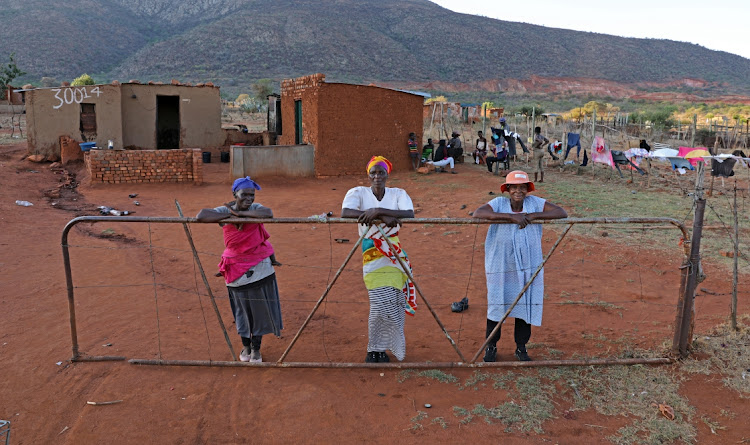 Living in hope, Elisa Makalela, Paulina Soolwane and Salome Seku are a few of the women who were born in the Matebeleng village, situated along the N1 south to Polokwane. In all the years that they have lived here, there has been no development for the 50-household village which still has no electricity, roads, transport or proper housing.
Image: Thapelo Morebudi

Community members of  Matebeleng — a remote village next to the N1 highway en route to Polokwane — say it is only God who can redeem their forgotten and forsaken village which has been without basic services for decades.

TimesLIVE visited the village on Monday afternoon as South Africans cast their votes in the local government elections. Matebeleng has no proper housing, no electricity, no roads,  no public transport and only acquired water tanks at the height of the Covid-19 pandemic. Residents are clinging to the hope that these elections might bring about some change.

As we parked the vehicle and trekked down an embankment to the houses , there was not a single voting station or IEC banner in sight. Villagers told TimesLIVE  that because of their small number of around 50 homes and population of about 200, their village had been attached to the neighbouring one — across the other side of the highway —  which is where they were casting their votes and hoping to finally get services.

The Matebeleng village is situated along the N1 south to Polokwane and is a site you can’t miss with its red clay structure houses. Residents say this is a forgotten village where despite them voting not even the most basic of services has come from the elections.
Image: Thapelo Morebudi

Koketso Shiburi and Thabiso Motaung, a couple, live in the first house as one enters the village. Shiburi was preparing firewood so she could cook their dinner when we arrived.

“I am not voting. There will never be change here or services. Why would I bother to vote when I am still cooking using firewood?” said Shiburi.

“Are you still cooking? Accompany me to go and cast my spoilt ballot. There’s no-one to vote for,” the neighbour, laughing, shouted out to her during the interview. 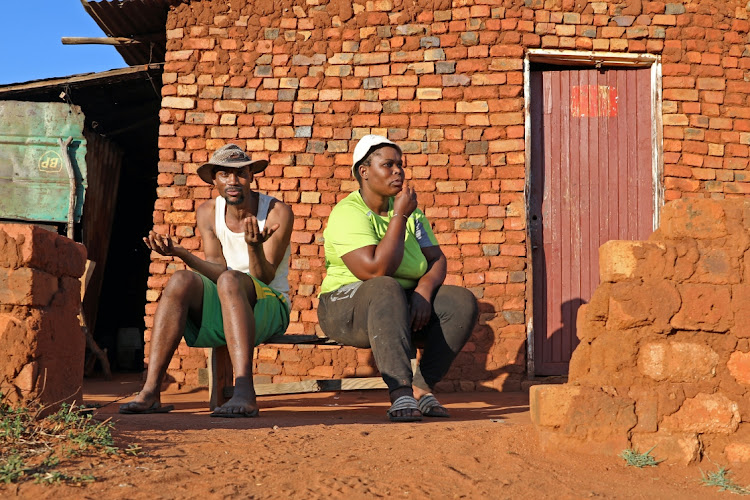 Thabiso Motaung sits outside his house alongside his girlfriend, Koketso Shiburi, in the Matebeleng village. While he believes some change may come from the elections, Shiburi has given up, saying no change could ever come to the forgotten village,
Image: Thapelo Morebudi

But Shiburi said she would not be casting her vote during these elections.

Her boyfriend, Thabiso Motaung, has been living in Matebeleng for over 15 years. Finding a job at a company close by led to him securing a stand here.

“There are no services here, yet we vote. Services go to the people who live on the other side of this village,” said Motaung.

“They had promised us RDP houses before and a site was allocated. At one point, the site was being cleared for building on that land but nothing happened afterwards. To be honest, I don’t believe anything can come from these elections. The only thing that can assist this place is if God himself intervenes,” said Motaung as he took his place next to Shiburi on a wooden bench outside their home.

Smoke was billowing from a small makeshift kitchen they had erected next to their modest home.

Paulina Soolwane was born in this very village in 1964.

On Monday, she joined a group of other community members who had gathered at one of their neighbours’ houses before heading to the polls.

Soolwane said she had earlier tried to vote but failed.

“I tried to go and vote this morning because I registered a while ago but I was told my name did not appear on the voters’ roll. I don’t understand how,” she said.

For as long as she has lived, things have always been the same in Matebeleng, but after every election Soolwane hoped for change.

Elisa Makalela, 55, said she would make the trek to the other side of the village despite having little hope that this would be the election that they had been waiting for to bring about the change that they need.

“We are voting but we don’t know whether anything will ever come from it. The best thing though is that we are voting for a candidate that we know this time and hopefully they will bring change. What we need most are houses and electricity,” said Makalela. 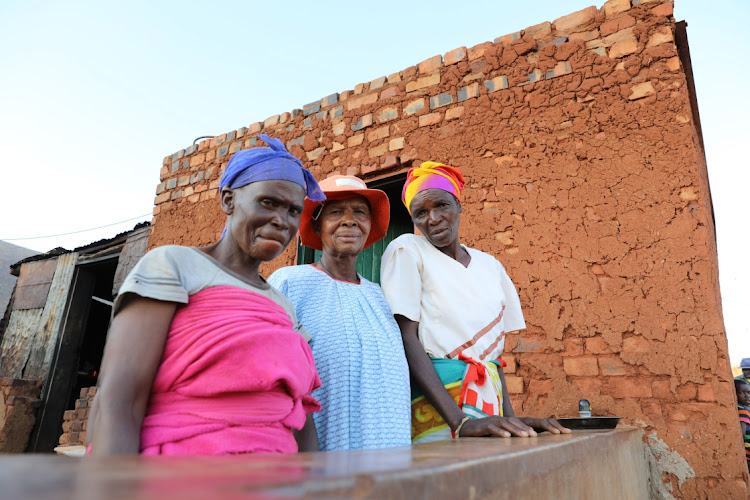 Elisa Makalela, Salome Seku and Paulina Soolwane who were born in the Matebeleng village are clinging to the hope that this will be the election that will bring about change in their village.
Image: Thapelo Morebudi

As Shiburi walked with the TimesLIVE reporter through the village, we came across a van driven by an elderly man.

“This is the man who takes us to town — he is like the local taxi,” said Shiburi.

“For R15 each, he transports us to Mokopane whenever we need to do our groceries and he will wait for us to finish our shopping,” she said.

“We pay another R15 for him to take us back but he won’t agree to take you alone. There has to be a few of you on each trip,” said Shiburi, adding she was grateful for the convenience that came with having his taxi service.

Matebeleng has only a tuck shop and one tavern. On days when the shop is closed, like on Monday, villagers need to travel to the next village to purchase their goods.

There was a slight glimmer of hope last year, Shiburi said, when a good Samaritan came to the village and donated small solar panels to all the houses in the area.

“We use these to light up our homes at night which is a relief because candles could end up killing our kids,” she said.

But, as Motaung said, they cling to the hope that ‘God’ will finally send someone their way who will prioritise their needs.

It’s never been as important to be in the know as it is now. Subscribe to Sunday Times today and get 50% off.

More than 8-million citizens made their way to the polls to cast their votes in the municipal elections at over 23,000 voting stations.
Politics
7 months ago

The municipal elections have revealed how dissimilar the needs of Capetonians are.
News
8 months ago