‘We are a new party, not a small party’, says optimistic Herman Mashaba as election results trickle in 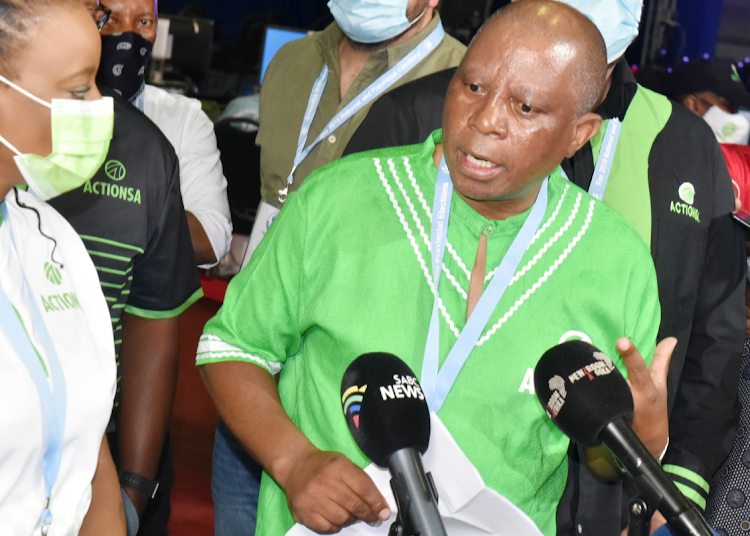 Herman Mashaba says he is proud of the performance of ActionSA in the local government elections after it was formed in August last year.

He said the support from volunteers who offered their skills to the party at its formative stage and the voters who backed it in Monday’s elections, demonstrated that ActionSA may be new, but it is not a small player in the political space.

Mashaba addressed the media from the National Results Operations Centre in Tshwane on Wednesday.

ActionSA contested the local government elections in targeted metros and municipalities, which include Johannesburg, Tshwane, Ekurhuleni, eThekwini, Newcastle and KwaDukuza.

Mashaba said he had already received a coalition proposal from the ANC through informal talks, but he made his position clear, saying he would not work with the party, but kept the door open for other political parties.

He said some politicians undermined ActionSA in the lead-up to the elections because they were a new party.

“We had over 200,000 volunteers in the country and we’re sitting with a new political party that is just over a year old. That is why we did not understand when some political parties a few weeks ago spent money saying ActionSA was a small party. We were surprised as to who their source was. We are a new party, not a small party,” he said.

The Electoral Commission of SA will release the final results on Thursday.

An optimistic Mashaba said the party and the voters have made history considering ActionSA’s short time in politics.

He said supporters in other municipalities not contested by ActionSA asked the party to expand its elections campaign to more metros.

LISTEN | ‘Anyone but the ANC’: ActionSA on coalitions talks

The City of Johannesburg is likely to have a government of coalitions that will exclude the ANC if ActionSA has its way.
Politics
1 month ago

Here is what politicians had to say.
Politics
1 month ago