It was not clear what Malema's tweet was in reference to, but many on social media speculated that it may have been related to news of FW de Klerk's death

Image: Freddy Mavunda EFF Leader Julius Malema's tweet had many on social media speculating over whether he was referring to the death of FW de Klerk.

De Klerk died at his home in Cape Town on Thursday at the age of 85. His death was confirmed in a statement by his foundation.

"It is with the deepest sadness that the FW de Klerk Foundation must announce that former president FW de Klerk died peacefully at his home in Fresnaye earlier this morning following his struggle against mesothelioma cancer."

De Klerk disclosed in March that he was suffering from the cancer, which affects the lining of the lungs.

Taking to Twitter, Malema wrote "Thank you, God", along with four dancing emojis.

It was not clear what Malema's tweet was in reference to but many on social media speculated that it may have been related to news of De Klerk's death,

He later addressed De Klerk's death directly, slamming those "spreading fake news" by referring to him as a former president.

"He is a former apartheid president; stop misleading the kids. Fake fake fake."

Here is a look at some of the comments in reaction to his tweet: 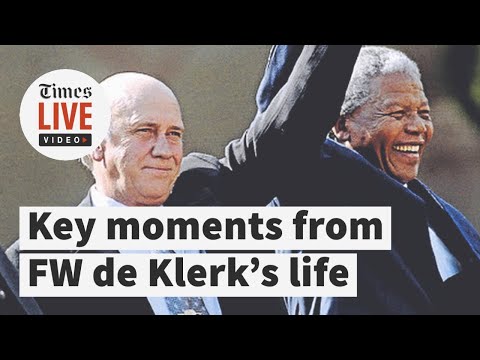 CiC as human beings we don't celebrate someone's death nomatter how bad they were to us! Ubuntu, let's be human🖤🙏 Only God can judge

He said thank you God.....might to coalitions or that they going to govern a municipality and so on....