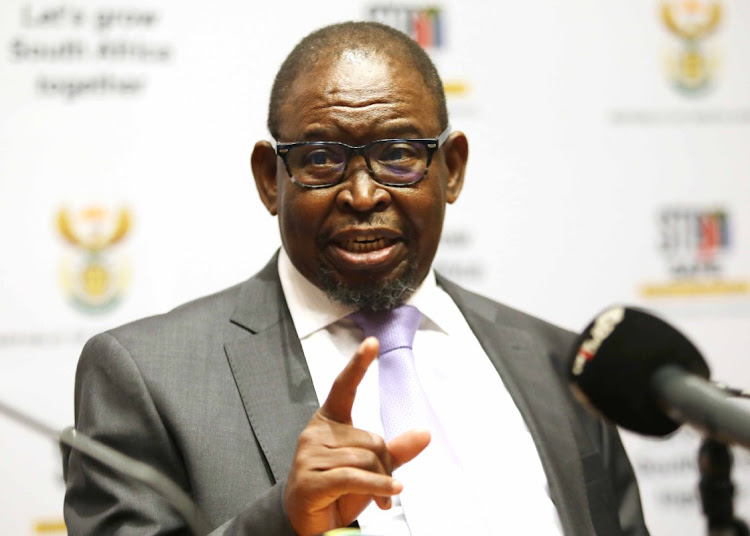 The government’s decision to offer a R1,000 one-off gratuity to civil servants as a sweetener for them to accept a 1.5% wage increase will cost R20.5bn in the current financial year.

This is money that was not catered for when former finance minister Tito Mboweni tabled the 2020/2021 budget in February.

This means that current finance minister Enoch Godongwana would have to ensure that government departments reprioritise and shift funds around to finance the payment of the gratuity.

Godongwana said this was in breach of the National Treasury’s measures to contain excessive spending on salaries of civil servants, which now accounts for 37% of the government’s total expenditure at just over R635bn a year.

He said a runaway public sector wage bill was one of the domestic risks facing government finances in an uncertain economic environment.

Godongwana disclosed this to parliament on Thursday when he tabled his maiden Medium-Term Budget Policy Statement (MTBPS), which sets out government’s spending priorities for the next three years.

Godongwana said the gratuity was also expected to cost the same amount in 2022/2023 if a new agreement was not entered into with public-sector labour unions.

“The gratuity is expected to cost government R20.5bn in the current year, with a preliminary carry through of R20.5bn in 2022/23 if no new agreement is reached,” said Godongwana in his MTBPS documents tabled in parliament.

“In 2021/2022, the gratuity will be largely funded by additional revenue, and will require shifting funds from the infrastructure fund, with provisional allocation of R20.5bn for 2022/23 included in the fiscal framework.”

Godongwana also warned that another risk to his measure to rein in the public sector wage bill, was a pending Constitutional Court decision in a case in which labour unions are challenging the implementation of the final leg of the 2018 wage agreement.

The ConCourt could overturn the Labour Appeal Court’s decision that the 2018 agreement, which granted civil servants a wage increase above inflation, was unlawful and government was not compelled to honour it.

Godongwana said should the ConCourt go in that direction, the move would be disastrous to government finance as they would have to “implement the agreement retroactively.”

“Such a decision would have significant effects on the fiscal framework. Should this occur, government would have to consider a reduction in the size of the public service and other fiscal adjustments.”

Godongwana also told MPs that the government was developing a “comprehensive public sector remuneration strategy” which in future may affect how public office bearers such as ministers, CEOs of state-owned firms and other public entities are paid.

Godongwana said the government and labour unions were due to enter into another round of negotiations later this month over the implementation of the deal agreed to earlier this year.

The minister will have to convince us he is not anti-poor, will increase fiscal sustainability and move on already made plans, writes Isaah Mhlanga.
Business Times
6 months ago

'Eskom is an old car that needs to be replaced, not fixed,' says Andre de Ruyter

Eskom boss Andre de Ruyter said on Wednesday that the power utility was like an old car that needs to be replaced, not fixed.
News
6 months ago

President Cyril Ramaphosa has postponed the fourth annual investment conference, which was due to take place at this time of the year.
Politics
6 months ago