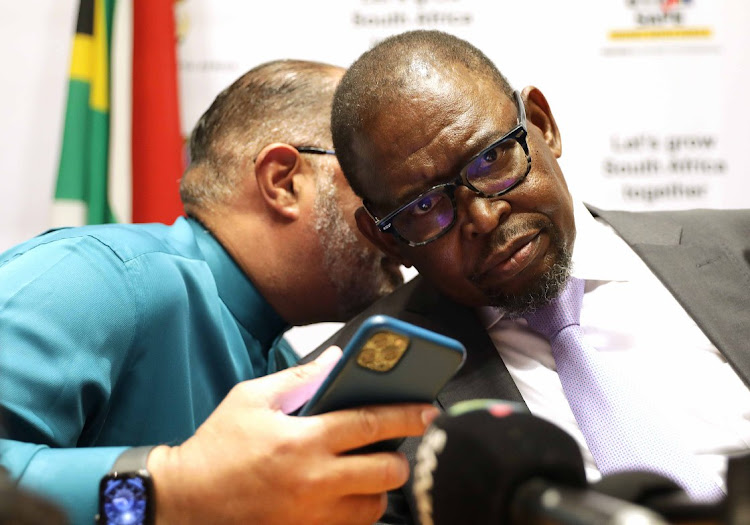 Finance minister Enoch Godongwana has opted to “practise tough love” regarding  struggling state-owned enterprises (SOEs), saying their performance will have to drastically improve before receiving any further bailouts from the government.

In his first Medium-Term Budget Policy Statement (MTBPS) presented in parliament on Thursday, Godongwana said he would, in the next three years, avoid further bailouts of SOEs, as they have been identified as a huge risk to the sustainability of the public purse.

A few hours before delivering his speech in parliament, Godongwana told journalists at a press conference that government was losing patience with SOEs that kept knocking at its door with cap in hand, while their performance has remained lacklustre over several years.

Godongwana’s maiden MTBPS allocated no money to cash-strapped entities, such as Eskom, SAA, Sanral and Prasa, among others — a position he said was likely to remain the same when he presents the 2022/23 budget in February next year.

Godongwana said the government wanted performance agreements to be entered into with ailing SOEs before they could be bailed out or receive financial rescue packages.

“What we want to do is to practise tough love,” he said.

“We’ve not made provision, for now, in the MTBPS; whether we’ll make something in February, I doubt it.

“Our posture at the moment is that there’s no incentive for people to work hard and be efficient and make sure we can derive value for money. So we’re going to be demanding before we can start bailing people out.”

Godongwana emphasised that the government would only prioritise funding SOEs seen as strategic to the functioning of the economy, as “some will have to fall”.

He also reported that the financial position of the top 10 borrowing SOEs had deteriorated in the past 10 years, with interest-bearing debt rising more than 230% since 2010, from R266bn to R883bn in 2021.

The finance minister said the cost of repaying principal and outstanding interest on loans  or debt redemptions would amount to R74.4bn over the next three years.

However, financial support was provided to arms manufacturer Denel — R2.9bn to help repay its debt.

Denel has reported financial losses for several years and is battling to repay creditors. It also owes millions of rand to employees in unpaid salaries.

“Denel is experiencing difficulties in meeting its obligations and is negotiating with stakeholders on a way forward,” Godongwana said.

“Government provided recapitalisations of R1.8bn in 2019/20 and R576m in 2020/21, and extended a R5.9bn guaranteed debt facility to Denel. Several repayments have fallen due this year. Government has allocated R2.9bn in 2021/22 to settle these repayments.”

Investment and economic analysts hope to see the new finance minister prioritise policies that grow the economy and ease SA out of its tight, ...
News
6 months ago