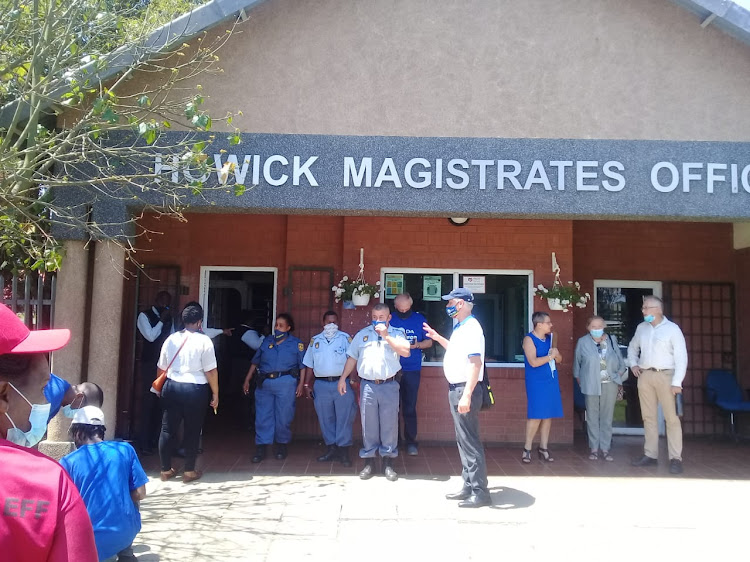 The inauguration of the new council in the uMngeni municipality stalled when the ruling DA objected to having suspended municipal manager Thembeka Cibane present.
Image: Mfundo Mkhize

The inauguration of the new council in the uMngeni municipality in KwaZulu-Natal was thrown into disarray on Friday morning when the DA objected to suspended municipal manager Thembeka Cibane presiding over the meeting.

Mayor-elect Chris Pappas fired his first salvo at a ceremony held at the Howick-West community hall.

He told acting municipal manager Sandile Buthelezi that Cibane, who was suspended at the end of August, was not allowed to be present. She was suspended after she was implicated in a Special Investigating Unit report.

Cibane was sitting next to Buthelezi.

“We cannot allow someone who is here illegally to speak. You are the chairperson, according to the legislation,” Pappas told Buthelezi. 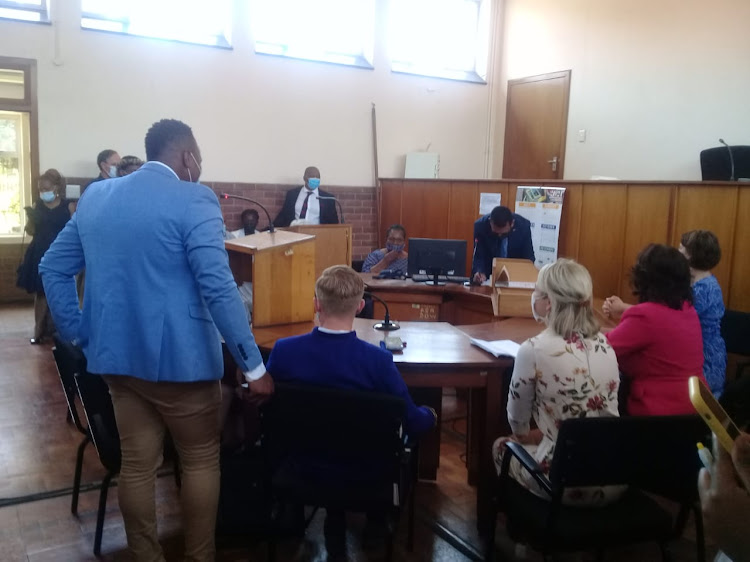 Councillors gather at the Howick magistrate's court for the inauguration of the new council in the uMngeni municipality officiated by the chief magistrate.
Image: Mfundo Mkhize

The DA won the November 1 polls by garnering 13 seats while the ANC clinched 10.

DA leader John Steenhuisen, who was present, said it was very clear what message the ANC was sending by allowing Cibane to preside over the meeting.

It’s clear the ANC is very upset and does not want to hand over power peacefully in terms of the legislation.

“It’s clear the ANC is very upset and does not want to hand over power peacefully in terms of the legislation. It would have been unlawful for the DA to participate in this meeting,” said Steenhuisen.

He said he knew what the strategy was for the ANC.

“The strategy was for the meeting to happen and be challenged at a later stage. A way to frustrate the democratic outcome of the election.”

Steenhuisen said this was a “breach of trust and faith”.

He said Cibane and Buthelezi had opened themselves up to having further misconduct charges laid against them.

“This council will constitute when that happens. Those officials implicated will find themselves on the wrong side of the law. Part of the duties of the new mayor would be to clean up this type of behaviour.

“They can frustrate but the voice of the people will prevail and right will be done in this municipality,” said Steenhuisen. 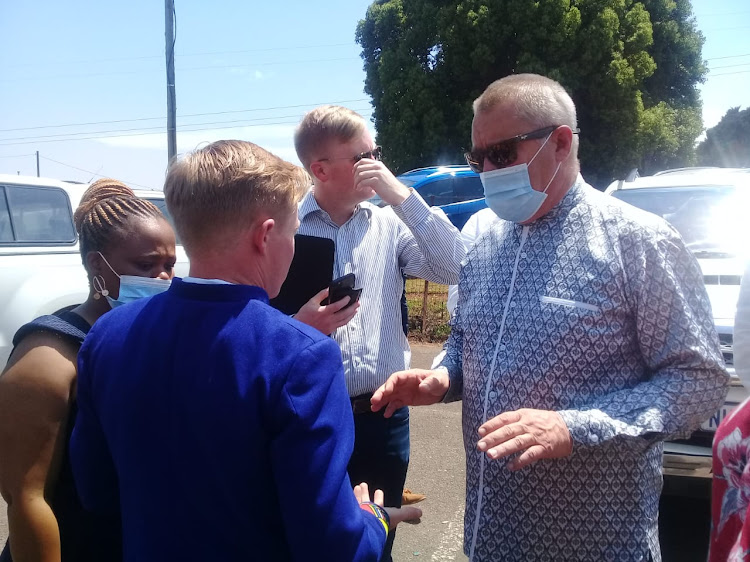 Provincial leader Francois Rodgers said this showed the arrogance of the ANC.

“It’s a pity the comrades could not take the advice of the ANC. I think they need counselling so they realise they have lost in this municipality. The sooner they do that, the sooner we would deliver on our manifesto.”

DA members and two EFF members adjourned to the Howick magistrate’s court, where they said the inauguration would proceed officiated by the chief magistrate. The ANC may have been punished, but it’s still powerful as the rising parties jostle for position in a new political order
Opinion & Analysis
2 weeks ago

Chris Pappas was a university SRC leader when he first discovered how much a political office can help when it comes to getting things done.
News
2 weeks ago

Just hours after its historic victory in KwaZulu-Natal's uMngeni municipality, the DA has issued a warning to the municipal officials there to ...
Politics
3 weeks ago