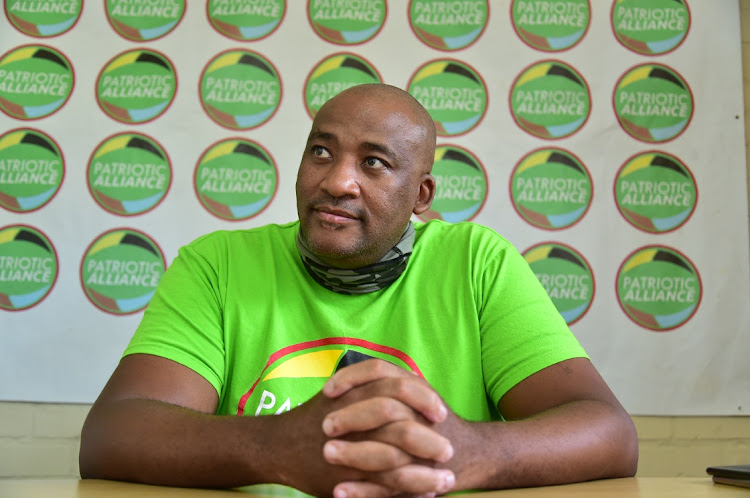 Patriotic Alliance (PA) leader Gayton McKenzie has hit back at those criticising his decision to join a coalition with the ANC, saying his party is seeking power sharing.

The PA was one of the parties the DA lobbied to form a coalition to overthrow the ANC in municipalities, but McKenzie allegedly insisted on discussing positions at the onset when they wanted to base the coalition on principles.

“Gayton McKenzie has been very direct about this from our first discussions at the results centre in Tshwane. He said to me, ‘Forget all about this stuff. What I’m interested in is money and jobs for my people and that is what we are going after’,” said DA federal council chairperson Helen Zille.

The PA instead announced it would form a coalition with the ANC.

Without the PA, a DA-led coalition in Johannesburg would have 129 seats instead of the required 136.

While he was slammed by the DA and others on social media, McKenzie said he was in the business of power sharing, not principle sharing.

“Don’t tell me about principles. Whose principles? We differ in what we believe in as people. I’m in these coalition talks for power sharing and not principle sharing,” he said.

McKenzie said principles don’t give people a roof over their head or a pay cheque at the end of the month.

“We want power because your principles haven’t built houses and provided jobs,” he said.

Don’t tell me about principles. Whose principles? We differ in what we believe in as people. I’m in these coalition talks for power sharing and not principle sharing. We want power because your principles haven’t built houses and given jobs

Appointing a new Joburg mayoral committee member last year, McKenzie slammed those within the PA who voted for the ruling party and DA, calling them “sell-outs”.

Bruce Nimmerhoudt, a leader of the PA on the West Rand and also a mayoral candidate for the party, appeared briefly in the Roodepoort magistrate’s ...
News
4 months ago

The ANC in the City of Johannesburg is claiming victory after an urgent bid by former coalition partner the Patriotic Alliance to stop the ruling ...
Politics
1 year ago