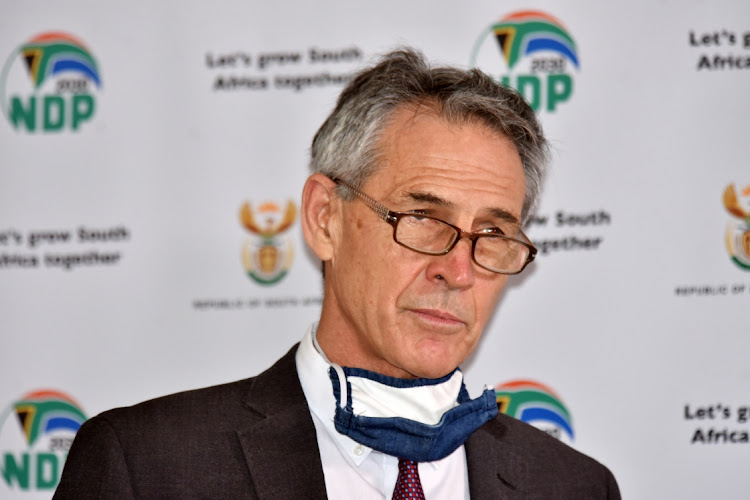 The national health department on Friday told parliament’s health portfolio committee that several of its programmes had to take a back seat to focus on Covid-19.

“There were a whole lot of targets that were not reached and there is a lot of catch-up that has been started,” said acting director-general Dr Nicholas Crisp.

Crisp, health minister Dr Joe Phaahla and other health officials were briefing the committee on the department’s annual report for the 2020/2021 financial year. The department conceded that this was the most difficult financial year it had encountered.

“During the Covid-19 period, besides shifting the budget, we did not get any new budget allocation ... Much of the NHI [National Health Insurance] activities were moved because we needed to get PPE and make sure that the digital system worked and the availability of medicine continued during the pandemic,” he said.

A massive supply of oxygen was needed because Covid-19 was a respiratory disease, he said.

“During the pandemic we needed to fast-track a lot of the infrastructure programmes and we did a massive refurbishment of our oxygen supply and ICU and ventilation issues in all hospitals for the Covid-19 response. Covid-19 dominated and laboratory results were needed.”

The Gauteng health department on Friday warned that citizens should not become complacent as the province has seen a slight increase in the number of ...
News
2 weeks ago

MPs were told that as at March 31, the department had spent a total of R462m on the procurement of vaccines, and transferred R150m to the Medical Research Council for data.

The department also underspent on a number of programmes due to low implementation as a result of lockdown.

Phaahla said while there were challenges, largely brought on by Covid-19, there have been some improvements. He said the department was going ahead with preparations for implementing the NHI, with the goal being universal health coverage for all South Africans.

“While awaiting the processing of the bill and hopefully the adoption and approval of the bill as an act by parliament, we have to prepare the ground, making sure that the infrastructure and all various implementation plans are ready,” he said.

Phaahla said while the work of improving health has been ongoing, the country was affected by Covid-19 during the financial year.

He said many resources had to be diverted to fighting the pandemic and “when we thought we were out of it, as we went to September and October [last year], the number of infections had gone down and the restrictions were reduced but unknown to us, the second wave was just around the corner.

“In November 2020, we were descended upon by the second wave which was even more vicious, with a Beta variant of Covid-19, which devastated, starting in the Eastern Cape and then ultimately engulfed the rest of the country.”

Phaahla said this period affected a number of programmes meant to be implemented by the department.

“This was a very tumultuous financial year through which the bigger bulk of our fight against Covid-19 emerged. But we are happy to say that we have been able to proceed.

“As the waves have been subsiding, we have been able to cover some ground in terms of normal services, like child immunisation, [treating] non-communicable diseases [and] elective surgery in many of our health facilities, which had been disrupted by the pandemic.”

During the last meeting, the department was faced by a number of challenges including a leadership vacuum after the Digital Vibes communication scandal, which led to the axing of former health minister Zweli Mkhize and the suspension by President Cyril Ramaphosa of director-general Dr Sandile Buthelezi.

“Because of other developments in the department there is instability. We have Dr Nicholas Crisp as the acting director-general and a number of acting heads within our branches. But we can assure you that we are doing everything to ensure that all the vacancies are filled so that we can stop having too many people in acting positions.”

The health department has extended the incentive offer of R100 grocery vouchers for first dose vaccinations to people in their 50s as of this ...
News
2 weeks ago

Gauteng again bore the brunt of the new cases, with 372 of the infections being confirmed in the province.
News
2 weeks ago

SA’s health system is on its knees: the budget offers no relief

The constitution guarantees the right to healthcare, but the vehicle for upholding it places elites ahead of the majority
Opinion & Analysis
2 weeks ago