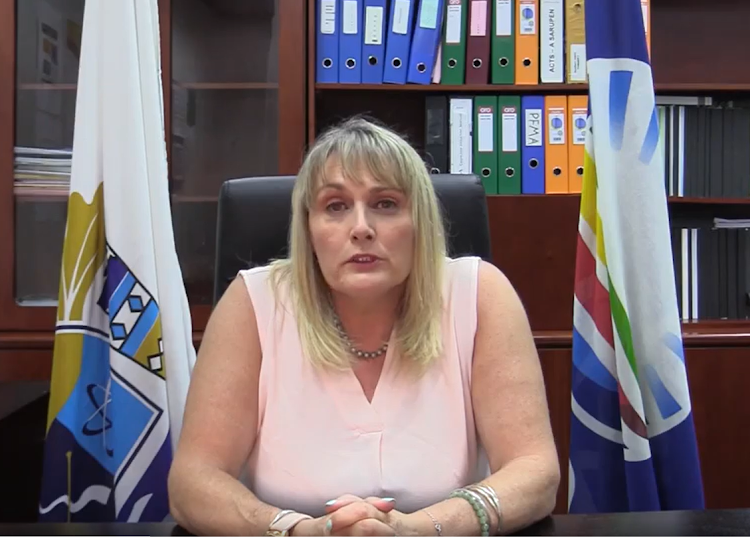 The DA's Tania Campbell was named as the new Ekurhuleni mayor on Monday.
Image: DA Ekurhuleni / via Facebook

The ANC has failed to retain control of Ekurhuleni metro after Mzwandile Masina was trounced by the DA’s Tania Campbell.

Campbell was elected executive mayor on Monday after 116 votes were cast in her favour. Masina received 105 votes at the inaugural meeting of the new administration.

It appears the DA secured the position with the help of coalition partners including the EFF and ActionSA.

THE RESULTS ARE IN...

The elections have been declared free and fair. The new Executive Mayor of the City of Ekurhuleni is Adlerwoman Tania Campbell.

Campbell was announced as DA mayoral candidate at the eleventh hour after Refiloe Nts’heke pulled out of the race.

“I am completely humbled by the faith and trust placed in me as the executive mayor. This is a change our residents have been waiting for for 20 years. Now is not the time for promises, it is time to get things done,” Campbell said.

This was the party's second victory on Monday, as it had earlier secured the council speaker position from the ANC's Patricia Khumalo.

Raymond Dlamini was elected after 220 votes were cast by councillors at the inaugural meeting of the new administration. The ANC’s candidate, Dora Mlambo, received 104 votes, with the DA emerging victorious with 116.