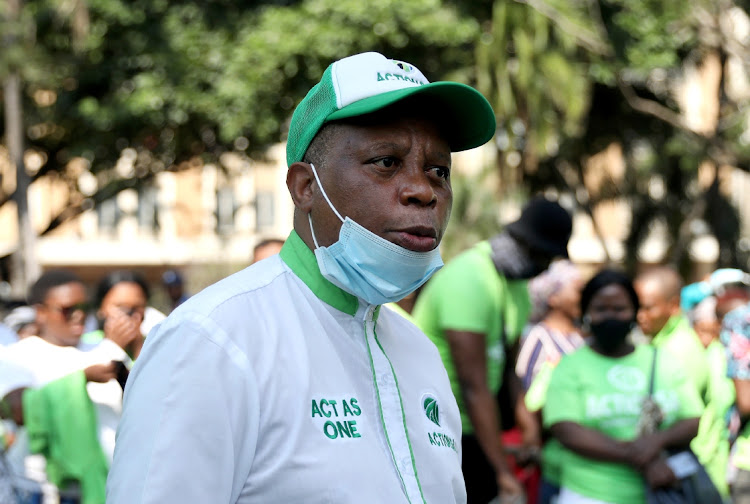 Social media users have poked fun at the “chaotic” coalition talks between political parties as the deadline for councils to be decided looms.

The Electoral Commission), which declared the results of the local government elections on November 4, gave political parties until November 23 to form coalitions in more than 60 hung municipalities, including in the Johannesburg and Tshwane metros.

The DA on Saturday announced its decision to field its mayoral candidate in Johannesburg and remain in the opposition benches if it loses rather than support ActionSA leader Herman Mashaba’s bid for mayoralty in the city.

Steenhuisen said the DA’s main concern about working with ActionSA is that the party needs EFF votes to gain a majority of 50%+1 votes. He said the DA was not willing to get into an unstable coalition as it did in 2016 and subject the party to the demands of the EFF.

Mashaba’s ActionSA issued a joint statement with smaller parties at the weekend, including the UDM and ACDP, calling on the DA to honour their commitment to keeping the ANC out of power “by engaging with potential coalition partners in good faith”.

The DA’s Helen Zille said the party did not double-cross Mashaba and voters, saying it simply kept the promise it made to its voters.

“We have never misled him or given a contrary indication. He has not been double-crossed. Nor has anyone else. It should come as absolutely no surprise that we continue with our stated commitment. Mpho Phalatse is our mayoral candidate and the DA will vote for her,” said Zille.

Mashaba told the Sunday Times he felt double-crossed by the DA and accused the party of dishonesty and negotiating with smaller coalition partners in bad faith. He said his interpretation of their snub was that the DA preferred to cogovern with the ANC.

Many took to social media to weigh in on the drama, sharing their predictions on how the coalition talks will end.

They must come to senses that we are running this thing, we are political RockStars..😂😂😂 DA and Action SA now need us in order to rule COJ #ActionSA #Coalitions pic.twitter.com/kfEanTyrwD

The @Our_DA reminding @HermanMashaba that without numbers, you can't dictate much. Politics is in session, Herman.

You can't seek coalitions on the basis of "keep the ANC out of office", when you don't have numbers. pic.twitter.com/VtS8jKkhlT

Mashaba and Holomisa returning from coalition talks with the DA pic.twitter.com/p5dW9GCT4N

The progress of coalition talks led by Herman Mashaba pic.twitter.com/D5FUOkj79z

The EFF set up a negotiating committee and published a manuscript of insane demands and yet nobody wants to work with them.

The ANC, DA, IFP, ACSA, PA, UDM and others have rejected them.

Talk about a 10% party punching above its weight.

Let them go to Zimbabwe for coalitions! pic.twitter.com/Esmyffvb8Q

@hermanmashaba throwing tantrums about not getting the Mayorship in #JHB, threatening to sink all the coalitions in other Metros with the #DA, is so nauseating. Stop making excuses for this nasty despot. Send him packing like the #eff. Sis. pic.twitter.com/h9np8q3RVM

Opposition parties give DA until Sunday to reconsider a stance that could cost it more than just Johannesburg.
News
2 weeks ago