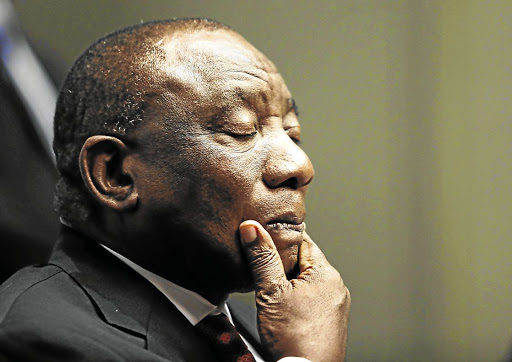 After bruising local government elections that saw the ANC drop below 50% of the national vote and lose several major municipalities, TimesLIVE readers predicted there may be more troubles ahead for the ruling party.

The EFF, ActionSA and other opposition parties voted with the DA to defeat ANC candidates in Johannesburg, Ekurhuleni and Tshwane this week, while IFP councillors pulled out of their party’s arrangement with the ANC at the 11th hour to defeat it in municipalities in KwaZulu-Natal.

The inaugural meeting of the eThekwini council this week, which was meant to elect an executive mayor, was postponed to Wednesday after a power failure and disruptions by a mob of alleged ANC supporters storming the venue.

The ANC’s candidate for speaker, Thabani Nyawose, was elected with help from the IFP but it soon became apparent not everyone in the IFP would vote for the ANC in the mayoral vote and tactics to delay and collapse the meeting were put in place.

ANC president Cyril Ramaphosa said the election results were “a big setback” for the party but it would accept the losses.

“We have taken heed, we have listened. This for us is a big setback. But it is also a big lesson and we are a party that learns very quickly. We are going to go back to the drawing board and we are going to reflect on all these setbacks,” Ramaphosa said on Tuesday.

TimesLIVE readers are not convinced that will help.

A poll asking if the ruling party will fare better in the 2024 general elections saw most (60%) predicting the party will do even worse.

‘This is the beginning of the end’: Mpofu mocks ANC for giving up Tshwane ‘without a fight’

"The once mighty ANC has just surrendered the capital city without even putting up a fight. This is the beginning of the end," said Mpofu.
Politics
2 weeks ago

“When the DA started negotiating with us and then dropped us on Saturday, I smelled something that the DA was interested in giving these ...
Politics
2 weeks ago

What stood between the ANC and the DA was him pulling out of the mayoral race, said Mashaba.
Politics
2 weeks ago

'We should accept the clear message of our people': Ramaphosa on election outcomes

Kenyan President Uhuru Kenyatta praised SA for its 'mature democracy' in the face of the ANC losing power in many parts of the country.
Politics
2 weeks ago