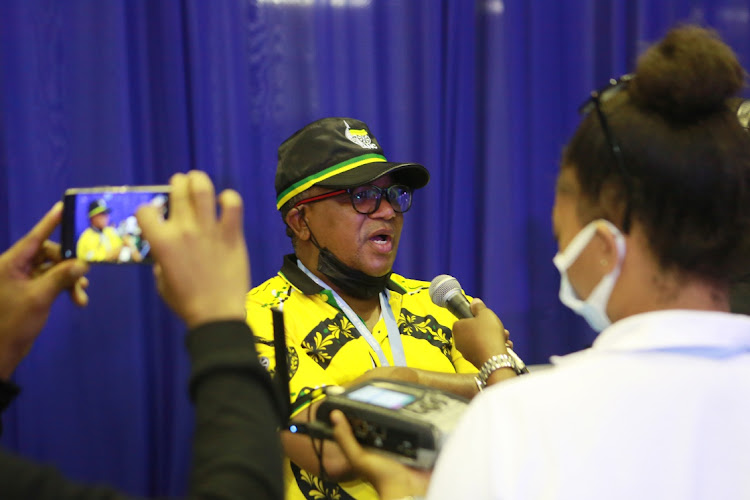 ANC head of elections Fikile Mbalula has dismissed accusations about the party bribing its way to victory in eThekwini.
Image: Masi Lose

ANC election head Fikile Mbalula has not taken kindly to suggestions the ANC paid its way to victory in eThekwini on Wednesday.

Mxolisi Kaunda was re-elected mayor in the metro, defeating DA candidate Nicole Graham by 113 votes to 104.

DA KwaZulu-Natal chairperson Dean Macpherson told Newzroom Afrika that the ABC’s Philani Mavundla had promised to vote for Graham before voting with the ANC and contesting the position of deputy mayor.

“I have also come to learn today that there is a lot of money flowing around this ICC today, thanks to the ANC. Clearly, it is finding its way into the pockets of individuals. What the ANC has done is to have contacted all the tenderpreneurs in the city and told everyone that unless they assist in making this happen then they’re all going to be out of business,” he said.

A few small parties, whose names you probably won’t even know, handed power back to the ANC in eThekwini. The IFP, EFF, DA, ACDP and ActionSA didn’t. Make no mistake, these guys have cash in their pockets and we will hold them accountable.

“But Dean is out of order honestly with all due respect,“Mbalula tweeted.

He also reacted to another user asking if the “self-correcting ANC has resorted to ‘bribery’ in eThekwini.

“Not bribery at all. It’s political persuasion which lasted for hours and days,” he said.

Mbalula responded, saying: “I always respect you because you are objective. This might sound patronising but to simply accuse us of this, I disagree,” said Mbalula.

"If there's any punishment is by our voters who did not come out in numbers to vote," Mbalula said.
News
5 months ago

‘You're in denial’: Politicians rub salt into Mbalula’s wound after ANC losses in Gauteng metros

Several politicians have taunted ANC head of elections Fikile Mbalula over his “denial” about the ruling party suffering a defeat in Gauteng metros ...
Politics
5 months ago

"History will be on your side and you will be remembered forever. Use your power," said Mbalula.
Lifestyle
5 months ago