Ramaphosa determined to ensure military veterans are looked after 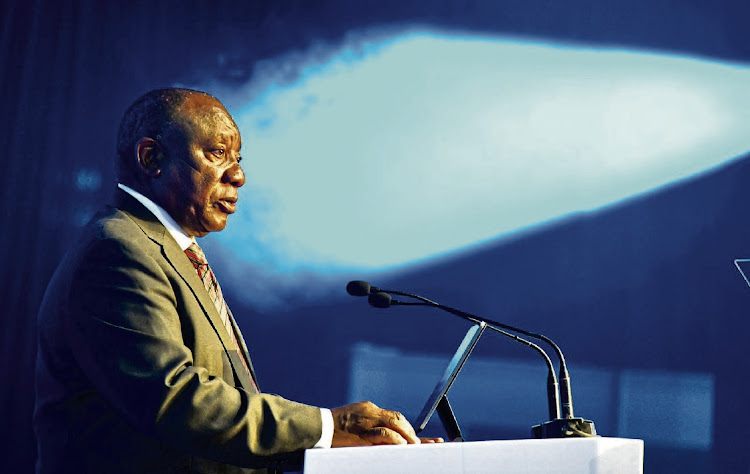 An amendment bill dealing with the definition of a military veteran, a policy shift on non-statutory force members, and provision of healthcare, housing and burial benefits for spouses and children of military veterans will be tabled in parliament next year.

“These, in the main, are people who were prepared to sacrifice their lives to ensure that the democratic order we have in our country is installed, so we ought to give them consideration and respect, as well as ensure that we look after their wellbeing as much as we possibly can. This is something I am determined to ensure happens,” President Cyril Ramaphosa told the National Assembly on Thursday.

He was responding to a question by ANC MP Thabo Mmutle, who wanted to know the progress made by the presidential task team on military veterans in addressing issues raised by veterans who held members of the executive hostage at Irene in Pretoria on October 14 to highlight challenges they face.

He said the review of the Military Veterans Act is ongoing and it is anticipated the amendment bill will be tabled in cabinet and parliament next year.

Liberation struggle war veterans are accusing the government of negotiating in bad faith and have warned that their plight is a ticking time bomb.
Politics
2 weeks ago

During the course of 2020, his office received several complaints about the perceived failure of the department of military veterans to provide services to veterans.

A group of marchers, called the Liberation Struggle War Veterans, marched to the Union Buildings on November 10 last year and presented a memorandum of grievances to the presidency.

In response, Ramaphosa said he called for a high-level briefing on the plight of veterans, the support package they are entitled to as prescribed by the Act, as well as gaps and shortcomings.

Mabuza spent a lot of time consulting with veterans and working through the various issues and how their needs could be met.

“The deputy president continues to be seized with the matter and is going to make sure it is properly dealt with and finalised and give me a report. This matter is getting the highest consideration with the greatest seriousness and we would like our military veterans to know that we care about them.”

Since its establishment in November 2020, the task team has held several discussions with various military veterans associations and a number of inter-governmental stakeholders.

The process of restructuring the department has been initiated with the approval of a service delivery model and development of a proposed structure.

“The proposed structure will be finalised upon the completion of the amendment bill to ensure that the reviewed structure supports the new mandate of the department,” Ramaphosa said.

Provincial offices have been empowered to assist veterans at provincial level, one of the key complaints made by veterans.

“A moratorium on applications for education support has been lifted and the department is receiving and processing new applications. Consultations are under way on the costing and funding of the pension policy. The target date for payment is April 1 2022.”

The verification panel continues to verify military veterans from the non-statutory forces. “The total number of processed applications on November 16 2021 was 2,549.”

The department has an agreement with the department of sports, arts and culture and its agencies to assist with repatriation of remains and erection of monuments and memorials in host countries.

“The department is repositioning its skills development and empowerment programme to ensure that military veterans participate in all government programmes that can create jobs and business and entrepreneurship opportunities.

“The department is forming partnerships with various Setas and other state organs to assist with various skills development programmes.”

Should those who held the ministers against their will face the full might of the law or be let go with a slap on the wrist?
News
1 month ago

ANC president Cyril Ramaphosa avoided any interaction with the media on Friday after Thursday's hostage drama.
Politics
1 month ago

The officials were placed on precautionary suspension as part of implementing 'consequence management' in the department.
Politics
3 months ago