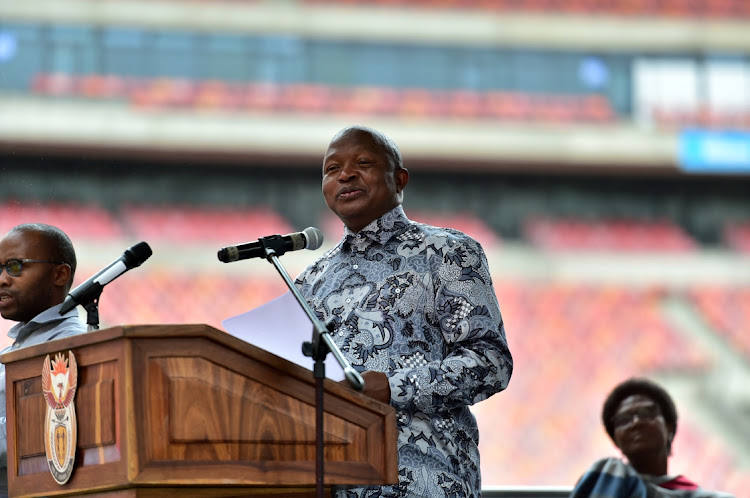 Teenage pregnancy, gender-based violence and femicide (GBVF) and the stigmatisation of people living with HIV are some of the societal setbacks experienced by SA despite making strides in its fight against the HIV/Aids epidemic.

This is according to deputy president David Mabuza, who delivered a World Aids Day address in Limpopo on Wednesday.

The deputy president was speaking in his capacity as chairperson of the SA National Aids Council (Sanac).

Mabuza said discriminating against people living with HIV prevented them from accessing medication from healthcare facilities.

“Sanac has been holding a series of engagements with civil society, our traditional leaders, healers and the private sector to discuss these social determinants on the spread of HIV/Aids. We are calling for a different level of the social compact.

“We have the potential to unite and work as a cohesive force to change, improve the wellbeing of our nation by changing the course of history towards ending HIV/Aids as a public health threat,” said Mabuza.

‘Get out of an abusive relationship’: detective advises survivors of GBV

A warrant officer with 26 years' experience in solving gender-based violence cases, has advised survivors and those exposed to abuse to leave the ...
News
5 months ago

He said more than 8-million people have tested positive for HIV in SA since the first cases were detected nearly 40 years ago, with more than 3.6-million people losing their lives to Aids-related illnesses in the same period.

Sanac, he added, was working hard to empower women who continued to fall victim to GBVF.

These efforts also extend to making young girls aware of their sexual and reproductive rights.

He expressed concern about the recent figures by Stats SA which revealed that 33,899 births registered in 2020 occurred to mothers aged 17 years and younger.

“This is concerning and is a source of shame. We cannot even begin to characterise this as teenage pregnancy, but this is an act of crime that needs to be prosecuted. We must stand up against all social ills and call on our law enforcement agencies to track these violations and arrest people.”

Minister in the presidency for women, youth and people with disabilities Maite Nkoana-Mashabane last week said the government was making strides in tackling GBV.

“This year we have had the opportunity to see the first rollout of the national strategic plan on GBV. I would like us to focus on these pillars, which include accountability, co-ordination, leadership, prevention, rebuilding social cohesion, protection, safety, justice, response, care, support, healing and economic power,” she said.

We have been undertaking engagements with social partners and other stakeholders on introducing measures that make vaccination a condition for access ...
Politics
5 months ago