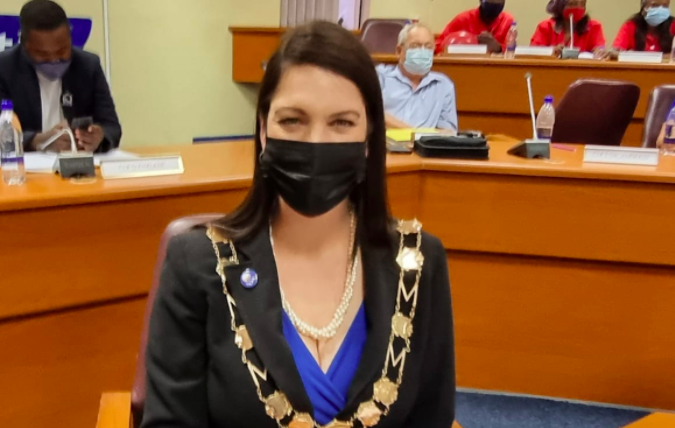 On Thursday the DA took control of the district through a coin toss after previous council meetings failed to reach a resolution and the municipality was without a mayor after the local government elections.

“Mayor Van Staden was elected through a coin toss after there had been two tied rounds of voting (14 votes each), with the EFF and FF Plus councillors voting for our candidate,” said the DA.

“The council had held four previous council meetings with no resolution on the position of mayor, while a speaker was only elected at the fourth meeting.”

DA Councillor, Marlene Van Staden has been elected to serve as the Executive Mayor of Modimolle-Mookgophong Local Municipality, in Limpopo.

Now that the election is done, it's time to secure a better future for all residents and get things done! 💙🇿🇦 pic.twitter.com/TFnZJYjRFj

“The DA is excited and looks forward to continue its sustained efforts to ensure good governance, revitalise the local economy and provide good basic services for all residents within the municipality,” said the DA.

“We are committed to putting the residents of Modimolle-Mookgophong first and ensuring the municipality gets back to its main purpose of ensuring services for all residents.”

Phalatse revealed that the DA and several opposition parties  had agreed on several “non-negotiable” principles.
Politics
5 months ago

DA spokesperson Siviwe Gwarube has been elected deputy chief whip of the party in the National Assembly.
Politics
5 months ago

What will Ramaphosa do? DA lashes out at government over record high unemployment

A Stats SA report released on Monday revealed the number of employed people decreased by 660,000 in the third quarter of 2021 to 14.3-million.
Politics
5 months ago