Zondo report into state capture due in January, says Gungubele

NPA will have to pick cases ‘strategically’: Batohi 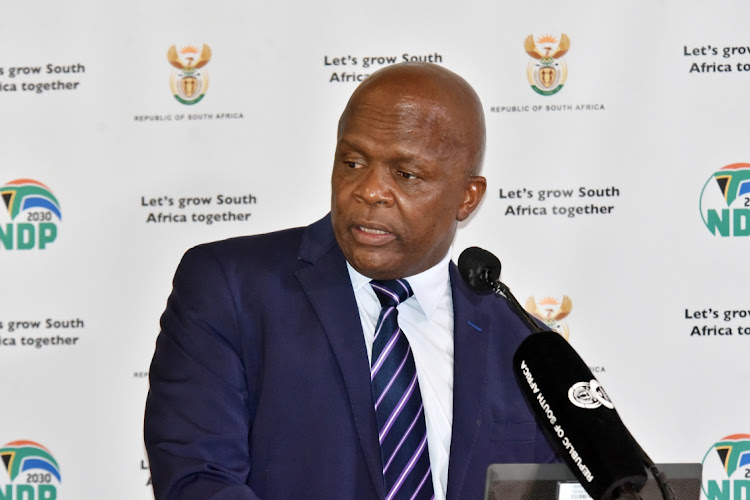 Minister in the presidency Mondli Gungubele says he does not know yet when the widely anticipated state capture report will be shared with the public. File photo.
Image: Freddy Mavunda

Minister in the presidency Mondli Gungubele says the widely anticipated state capture report is scheduled to be submitted to President Cyril Ramaphosa in January.

Addressing members of the media on the outcomes of a cabinet meeting, Gungubele said he was not aware when the report would be made public.

“It will be made public, I don’t know when but it will — we don’t have a choice,” he said.

On Wednesday, minister of justice and correctional services Ronald Lamola and the national director of public prosecutions (NDPP), Shamila Batohi, told parliament that preparations were under way for what would come out of the report.

“We have had an engagement with the NDPP to start and prepare for what will come out of the Zondo commission report,” said Lamola at the portfolio committee on justice.

The minister in the presidency Mondli Gungubele is briefing the media on the outcomes of the cabinet meeting held on Wednesday.
Politics
5 months ago

“Hopefully, with the evidence that was given, the institution can be able to have an idea so that we start to prepare, because we believe the report might come up with a lot of complex issues that will need a well-capacitated and resourced ID [the National Prosecuting Authority's Investigating Directorate].”

As part of the preparations, Lamola said his department had been approving section 38 appointments which would help with the processes that relate to the commission or “any investigation of a high-profile nature that they are involved in”.

Batohi echoed similar sentiments, but added that the NPA will strategically pick cases to possibly prosecute due to limited resources.

“We are not going to be able to deal with everything that comes out of the Zondo commission. We are going to have to strategically prioritise cases for impact and sequence cases,” she said.

MPs had expressed concern at the ID’s lack of high-profile corruption convictions since its inception nearly three years ago.

They were also taken aback by the resignation of Hermione Cronje from the ID. Batohi assured them that there would not be a leadership gap as a process to appoint another head and additional prosecutors and investigators was under way ahead of the Zondo report findings being made known.

“The NPA has capacity to prosecute corruption and complex crime. However, the extent and nature of state capture corruption does require additional specialised skills and capacities,” she said.

MPs grill Lamola and Batohi over lack of TRC prosecutions

The National Prosecuting Authority has come under fire for its apparent failure to investigate and prosecute Truth and Reconciliation Commission ...
Politics
5 months ago

‘NPA under pressure, not in crisis’: Batohi after Cronje resignation

National Director of Public Prosecutions advocate Shamila Batohi says while the institution remains under considerable pressure to perform, it is ...
News
5 months ago

'Resignation is not an option, we’ve got to get the job done,' National Prosecuting Authority boss Shamila Batohi said on Monday.
News
5 months ago