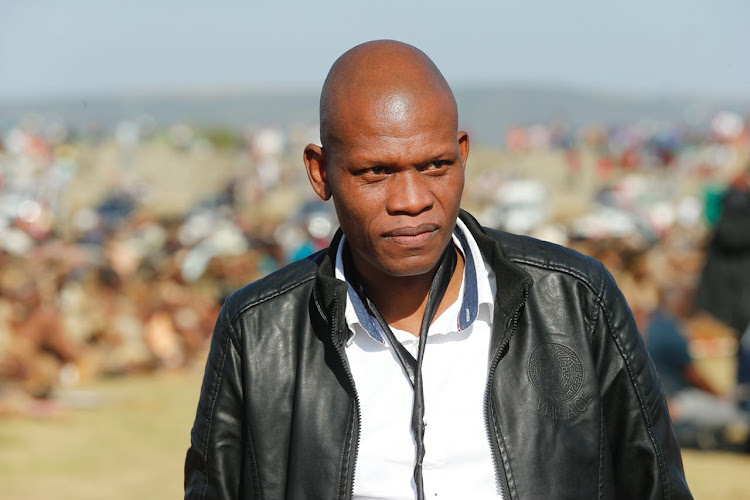 RET Forces chair Nkosentsha Shezi says former president Jacob Zuma's appeal against the high court decision for him to return to jail may avert similar unrest to that which gripped the country in July. File photo.
Image: Jeff Wicks

Former president Jacob Zuma's appeal against the Gauteng high court decision for him to return to jail may avert similar unrest to that which gripped the country in July.

This is according to ANC member and chairperson of the Radical Economic Transformation (RET) Forces, Nkosentsha Shezi.

He emphasised that he was “not a sangoma, neither an instigator of violence” — but said millions of South Africans were against the court's decision.

“I am happy that his [Zuma's] lawyers are considering taking legal action against this decision, which may avert a similar situation that we saw in July. The masses of our people must not be intimidated. If our people feel that Jacob Zuma's rights have been trampled upon, they have a right to stand up. We have a right to stand up in defence of our constitution and in defence of our courts,” he said.

'Tantamount to the death sentence': Zuma lawyers appeal 'back to jail' ruling

Former president Jacob Zuma has applied for leave to appeal to the Supreme Court of Appeal against the judgment passed by Elias Matojane on Wednesday.
News
7 months ago

Shezi said it was clear the judiciary system was “captured”.

“Our courts have been captured and manipulated politically. That is a perceived notion which is reinforced by the court's judgment. Every man and woman should be worried  about our courts in this country — the manner in which they are being used to tarnish a good image of SA, which is known to defend human rights.

“When it comes to [former] president Zuma, every rule in the book is broken without any recourse.”

Parts of KwaZulu-Natal and Gauteng were cast into a week of turmoil as civil unrest erupted in July, resulting in more than 340 deaths and more than R50bn in damages.

The unrest has widely been associated with the imprisonment of Zuma, who handed himself over to police to serve a 15-month jail sentence on June 29 for being in contempt of court.

After the decision on Wednesday, the SA Human Rights Commission (SAHRC) has called for calm.

In a statement, it said it noted statements on social media that had the “potential to inflame” the situation in the country.

“Some statements have been made on public news media, which can have the same effect. The commission recalls that such media statements did in fact inflame the situation in June/July and led to the unrest that took many innocent lives and resulted in large-scale destruction of property, in addition to violations of human rights of many people in the country,” it said.

Because of Arthur Fraser’s unlawful intervention, former president Jacob Zuma was “enjoying nearly three months of his sentence sitting at home in ...
News
7 months ago

The SAHRC, which launched a hearing to investigate the nature of the July unrest, appealed to South Africans to continue being law-abiding members of society, as well as to the security cluster to note the developments, including the evolving social media discourse about the court decision.

DA leader John Steenhuisen welcomed the court's decision. He said the party had pursued the case after Zuma was released on medical parole.

“It is never pleasant for anyone to go to jail, but Mr Zuma knew very well what the consequences would be for his blatant disregard for the law and the authority of the Constitutional Court,” said Steenhuisen.

“What this judgment has confirmed is that he is just an ordinary citizen with no special privileges and that the law applies equally to him as it does to any of us. We appeal to Mr Zuma and his supporters to respect the rule of law and to accept this judgment without resorting to further violence and protest.”

“This judgment sends a strong signal that South Africa’s criminal justice system will not be fobbed off by decisions that flaunt the laws of this country. For far too long, South Africa has suffered from a lack of accountability by people in positions of authority who have been responsible for gross misconduct,” it said in a statement.

“Outa trusts that the police and military forces will be better positioned to deal with any fallout that may ensue from the reincarceration of Zuma on the charges on which he was convicted.”

The legal team representing former president Jacob Zuma is appealing the Gauteng high court decision that he must return to custody to serve the ...
News
7 months ago

Duduzile Zuma-Sambudla confirmed that the book had sold out, asking for buyers to have patience.
Politics
7 months ago