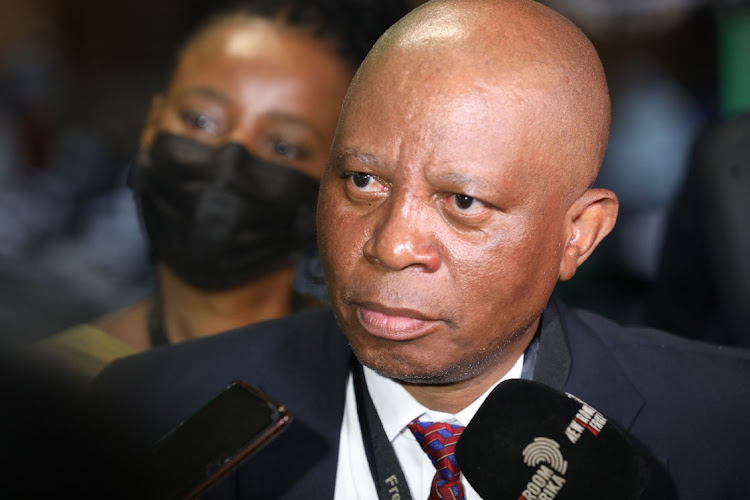 Herman Mashaba says he once tried to get Bongani Baloyi on his team at ActionSA. File photo.
Image: Veli Nhlapo

ActionSA leader Herman Mashaba is ready to move quick after hearing former Midvaal mayor Bongani Baloyi had left the DA, saying he is ready to “engage” him about possibly working together.

Baloyi announced his departure from the party on Monday, saying he was leaving of his “own agency, not because I am being purged or any nonsense like that".

“I leave on my time and terms, with a clean track record in government and the party. Now it’s time for me to focus on exciting opportunities before me. Good luck to the friends, colleagues and leadership of the DA. We will meet somewhere,” he added.

Speaking on Newzroom Afrika, Mashaba admitted that he once tried to get Baloyi on his team at ActionSA.

“He is someone I admire. Someone I tried, when we launched ActionSA, to bring into our fold. I could not succeed at the time, but this presents an opportunity for us to engage him, and I hope we are successful this time around.”

While DA federal council chair Helen Zille claimed Baloyi was retiring from politics at large, he denied this.

Mashaba said he did not know whether Baloyi would remain in politics, but he would invite him over for “tea” to discuss his future.

Bongani Baloyi announced on Monday that he was leaving the DA, but has not given reasons, except to say it was his decision.
Politics
5 months ago

Congratulatory messages flooded Mashaba's post, with some saying they were inspired by his wife's achievement and were motivated to go back to school.
News
5 months ago

WATCH | Is Midvaal municipality as good as it gets?

In Meyerton, Gauteng, the seat of Midvaal municipality, nothing stirs. The quiet avenues and mown verges are pristine. The only rubbish is neatly ...
News
7 months ago