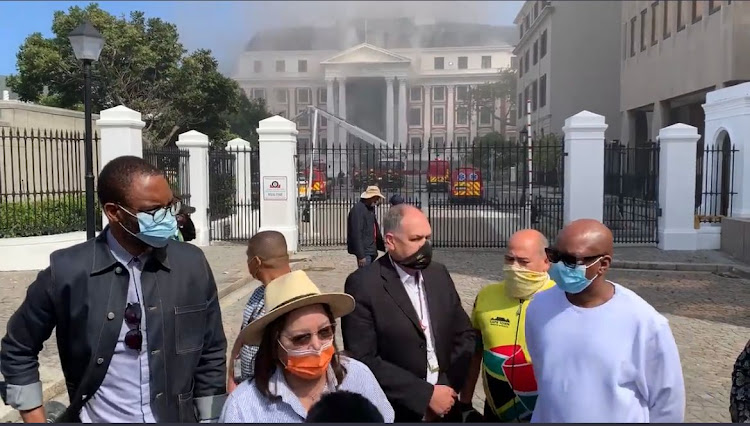 The portfolio committee on public works and infrastructure has called for a speedy investigation into the disastrous fire that ripped through the parliament buildings early on Sunday morning.

In a statement, committee chair Nolitha Ntobongwana said: “The committee eagerly awaits the investigations and reports into this disastrous incident and will ensure that a formal inquest into the cause of the fire is speedily undertaken.

“The committee also wants a full report on the fire incident that damaged the old assembly building of parliament on March 17 2021. It is important that the cause of both fires is established.

Ntobongwana said the committee repeatedly maintained in its oversight reports that all government buildings have to undergo planned rather than ad hoc maintenance.

“The committee is saddened that the facilities of the apex institution of democracy have been damaged by fire and happens at a time when preparations for the state of the nation address which is planned to be delivered by President Cyril Ramaphosa in February 2022 have reached an advanced stage.”

The committee, which praised the efforts of firefighters, called for calm and to avoid speculation on the cause of the blaze.

The blaze that ripped through parliament early on Sunday morning devastated the precinct claiming its contents and assets, including historical ...
Politics
2 weeks ago

President Cyril Ramaphosa says one person is being held for questioning after a fire broke out in parliament in the early hours of Sunday.
Politics
2 weeks ago