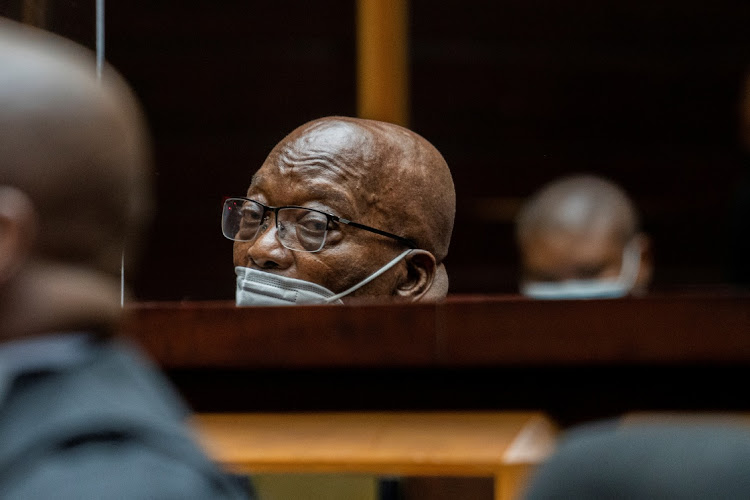 Several high-profile politicians and businesspeople have been implicated in part one of the state capture report handed by acting chief justice and chairperson of the commission of inquiry Raymond Zondo to President Cyril Ramaphosa on Tuesday.

The inquiry has spent several years gathering evidence of state capture at government and state-owned enterprises.

The first part of the report runs to more than 870 pages and deals with SA Airways and related companies. It also touches on the Gupta-owned The New Age newspaper, Sars and public procurement in SA.

Here are five stories that help break it down.

THE CAPTURE OF SARS

Former president Jacob Zuma and former Sars commissioner Tom Moyane were named  in the report as playing a role in collapsing the tax authority.

“The Sars evidence is a clear example of how the private sector colluded with the executive, including President Zuma, to capture an institution that was highly regarded internationally and render it ineffective.

“What occurred at Sars was inevitable the moment Moyane set foot there. He dismantled the elements of governance one by one,” the report read.

Former president Jacob Zuma was involved in colluding with the private sector to water down Sars' ability to function optimally, the state capture ...
Politics
2 weeks ago

Controversial former SAA chairperson Dudu Myeni and Yakhe Kwinana, who chaired SAA Technical, were mentioned more than any others in the report as the inquiry laid the blame for the carrier’s demise at their feet.

It said they were uninterested at times, missed meetings and punished those who did not agree with them. It found Myeni also misrepresented the board when she sent at least two letters to the public enterprises minister purporting to communicate board resolutions when they were her own decisions.

Their conduct, the reports said, led to the collapse of governance and widespread corruption and looting at SAA.

STATE CAPTURE THROUGH THE PAPERS

The report raised concerns about Zuma's part in transferring Manyi from the department of employment & labour to the GCIS, where he channelled millions of rand from state agencies to the Guptas’ now defunct The New Age newspaper through unwarranted adverts and sponsorships.

He has denied the claims.

The now defunct The New Age newspaper was a conduit of state capture for the Gupta family, the Zondo Commission has found.
Politics
2 weeks ago

THE PLAGUE OF CADRE DEPLOYMENT

The inquiry made public the minutes of ANC cadre deployment committee meetings, detailing how it was at the centre of several controversial appointments.

“These records vindicate the DA’s decades-long battle against cadre deployment. They confirm that the ANC has completely usurped the power to appoint officials throughout our state,” said DA MP Leon Schreiber.

The ANC said it would support the government as it reflects on the findings of the report, work to restore good governance “and decisively tackle all forms of corruption within the state and across society”.

The ANC, through its controversial deployment committee, appears to have run a parallel deployment process to fill senior public service positions at ...
Politics
1 week ago

THE GOVERNMENT CANNOT BE TRUSTED WITH TACKLING CORRUPTION

Near the end of the first part of the report, Zondo said state capture had eroded the public’s trust in the state’s ability to handle procurement, and as a result let criminals run loose.

“The ultimate responsibility for leading the fight against corruption in public procurement cannot again be left to a government department or be subject to ministerial control,” he said.

BONUS: HERE'S WHAT MZANSI HAS TO SAY ABOUT THE REPORT

The report drew mixed reaction online from politicians and citizens.

Some described its release as a defining moment in SA’s history and a step forward in the quest to tackle corruption, while others claimed it was full of bias.

The handing over of the first part of the state capture inquiry report to President Cyril Ramaphosa on Tuesday has been met with mixed reactions ...
News
1 week ago