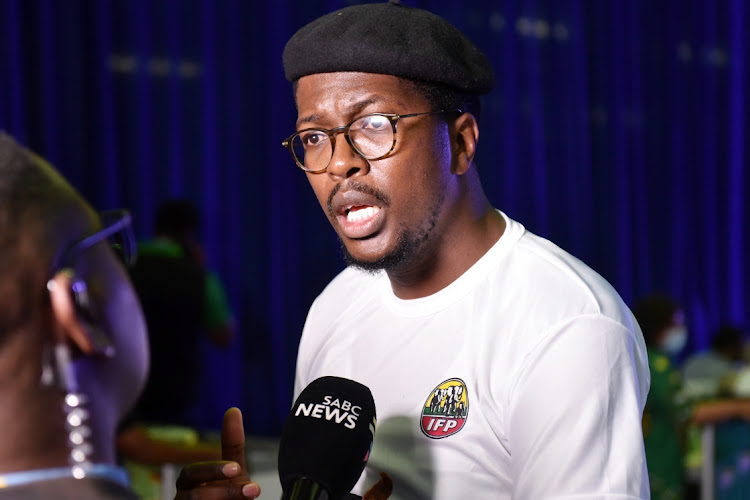 IFP spokesperson Mkhuleko Hlengwa says the law must take its course after the release of the state capture report.
Image: Freddy Mavunda

IFP spokesperson Mkhuleko Hlengwa has called on law enforcement agencies to act decisively after the release of the first part of the report of the commission of inquiry into state capture this week.

The report was handed to President Cyril Ramaphosa on Tuesday by the chairperson of the commission and acting chief justice Raymond Zondo. It contains evidence from witnesses who testified before the commission over the past three years on allegations of corruption at state entities and companies, including Eskom, SAA and Transnet.

Hlengwa said after reading the report it became clear that law enforcement agencies need to act.

“The work of the law enforcement agencies and our courts is clear. They dare not fail,” he said in a tweet.

MPs were also responsible for tackling corruption and enforcing accountability.

“On the other hand, parliament has to do better. We must do better! Deliberate majoritarian blindness on critical areas of oversight and accountability have landed us in this mess! Parliament cannot afford to continue operating like an extension of the executive!

“Some of the issues were raised by those of us in the opposition benches, but ran in the face of the ANC majority, where party comes before country, where consequence management is a foreign concept,” he said.

Some of the issues were raised by those of us in the Opposition Benches but ran in the face of the ANC majority, where party comes before country, where consequence management is a foreign concept!

“The DA will ensure that Judge Raymond Zondo’s findings after a four-year commission of inquiry are implemented.

“South Africans deserve justice for the estimated R1-trillion looted through ANC corruption over the past decade and the subsequent decline of our country and its people in the shadow of political greed.

“The Zondo report must spell the end of political unaccountability and cadre deployment in SA once and for all,” said Steenhuisen.

He said the report demonstrated that Zondo, a candidate for the chief justice position, was incapable of leading the judiciary.

“State capture report is 874 pages of arriving at half-baked recommendations of 'investigate further' and 'prosecute if warranted'. After the billions spent, the time it took and judicial powers it had, Zondo wasted taxpayers money — proof he can’t be entrusted to lead our judiciary.”

#StateCaptureReport is 874 pages of arriving at half baked recommendations of “investigate further” & “prosecute if warranted”. After the billions spent, the time it took & judicial powers it had, Zondo wasted taxpayers money- big proof he can’t be entrusted to lead our judiciary

According to state capture commission chair Raymond Zondo, Pravin Gordhan and Tom Moyane simply could not stomach each other, and their exchange at ...
Politics
2 weeks ago

Part 1 of the state capture commission report is broken up into three areas, covering SAA, The New Age and the SA Revenue Service.
Politics
2 weeks ago