Mzansi reacts to Ramaphosa saying the ANC is not corrupt, only some members 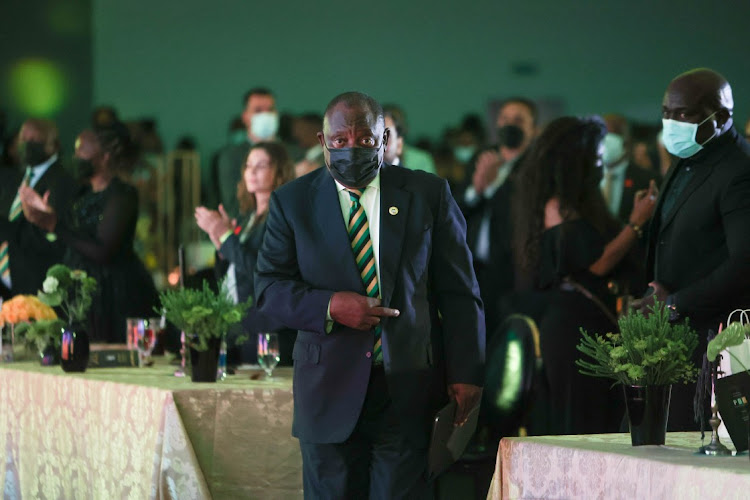 ANC President Cyril Ramaphosa has come under fire for saying the ANC is not corrupt.
Image: Alaister Russell

President Cyril Ramaphosa has come under fire for his denial that the ANC is corrupt.

The president has been accused of being a “flip-flopper” and acknowledging the party's alleged corrupt ways when it is convenient.

Speaking in an interview with the SABC during the ANC's January 8 celebrations, Ramaphosa said there is a perception about the ANC being a corrupt party, but this is not true. Instead, individuals have been implicated in corruption, which is damaging the party's image.

“We must correct that and say 'no, it is not the ANC that is corrupt. Certain people have done certain corrupt things'.

“It is all these stories that go around that there are people who participated in corruption. All that is verified through a type of Zondo report and many other reports that can confirm whether certain people have participated,” he said.

The president insisted the ANC “can never be” a corrupt enterprise, as it has been branded publicly.

The ANC is not corrupt. Certain members of the ANC have been implicated in acts of corruption. We must make this distinction. #ANC110 pic.twitter.com/9lSonTJLdJ

Ramaphosa's denial comes days after acting chief justice and chairperson of the commission of inquiry into state capture Raymond Zondo released the first of his three-part state capture report in which several ANC members are implicated.

They are accused of collapsing state-owned enterprises and awarding tenders to businesses and individuals close to high-profile politicians.

The report has been made public and Ramaphosa said there was nothing holding back law enforcement agencies from acting against reported corruption.

“I am more concerned about how we are going to implement this report. We, as the ANC, called for the establishment of this commission and the ANC cannot, and will not, say this is a rubbish report.

“The ANC called for this report, we are going to analyse it. We see this as an important process that has to deal with state capture that has debilitated our government,” he said.

The ANC called for the establishment of the Judicial Commission of Inquiry into State Capture. We are going to be analysing the #StateCaptureReport and draw lessons to inform and guide our renewal process. pic.twitter.com/LFLrtk6cHx

Here are some of the reactions to Ramaphosa's statements:

Mr President you once said the ANC is accused No.1 in the Zondo commission & you're singling out your comrades?

And one other thing is that @MYANC is not a person,is a party of many individuals & what happened to the famous words "we approach things as a collective" in the ANC? https://t.co/gf6OrWHZVQ

Cyril Ramaphosa not even flinching while lying. https://t.co/tuJJrqEwKf

If the "non-corrupt" members of the party don't take meaningful action against their cadres implicated in acts of corruption, the ANC is corrupt. https://t.co/XIu5d32fL5

Denialism. Once those assigned responsibility of instilling discipline within organization are corrupt, the organization itself becomes corrupt. It's a stage where the Constitution of that organization is no longer adhered to by anyone. Corrupt ANC President gets 2terms in office https://t.co/9qxIaSpmfc

The ocean is not wet. Certain drops of water have been implicated in acts of wetness. We must make this distinction. https://t.co/JHXRO5PNUu

Unseal #CR17BankStatements maybe we can have a detailed chat. https://t.co/KKOJ2kaGeO

President Cyril Ramaphosa delivered the ANC’s January 8 statement during the party’s 110th birthday celebrations in Polokwane, Limpopo. In his ...
Politics
2 weeks ago

Limpopo premier and ANC provincial leader Stan Mathabatha says the party in the province will support President Cyril Ramaphosa for a second term at ...
Politics
2 weeks ago

ANC President Cyril Ramaphosa has called on the government to finalise vaccine mandates.
Politics
2 weeks ago