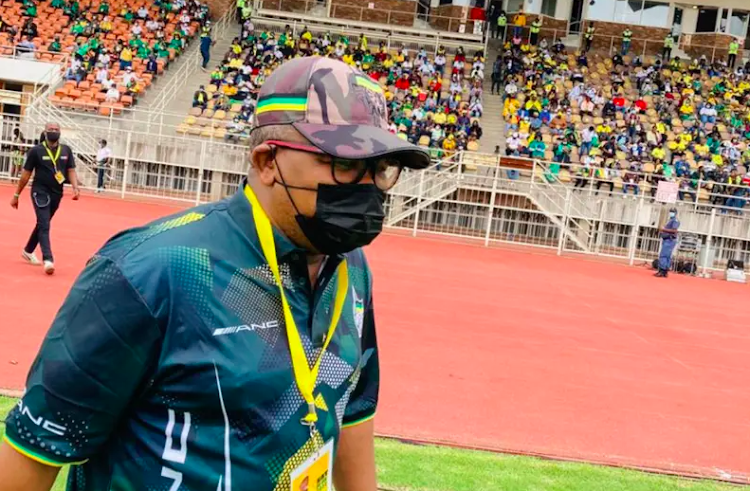 The ANC’s shirt logo has been catching heat on social media after many spotted its similarity to that of the Mercedes AMG brand.

This week the ruling party found itself on trending lists after users accused it of “stealing” the Mercedes logo when images of its shirt logo surfaced online.

The logo was seen on a shirt worn by ANC head of elections Fikile Mbalula at the party’s weekend 110th birthday celebrations in Polokwane, Limpopo.

Mbalula’s post drew mixed reactions about the design of the ANC logo.

It is unclear if the logo is the party’s new official logo for shirts.

Attempts to get comment from the ANC and Mercedes were unsuccessful at the time of publishing this story. These will be included when received.

Here's a snapshot of what users had to say about the logo:

So they made the ANC logo into the AMG logo……… https://t.co/5na0noTntY

Those ANC - AMG tops are cute shem 🤭🤭🤭
But smoke their packs 😂

Who designed your Golf T? @MercedesBenz must sue you for stealing their font and AMG logo concept - you replaced AMG with ANC.

He chastised party members who display ill-discipline, outlined a fresh approach to rooting out the corrupt and promised the ANC would fill positions with competent people.

According to the president, the ANC will support government by instituting measures to eliminate the conditions and conduct which enable state capture and corruption.

“Not only was state capture a systematic attempt at siphoning off public resources, but it also had the effect of undermining our democratic state and threatening our programme of social and economic transformation,” he said.

Ramaphosa said the party was looking at ways to end state capture and build an “ethical, capable developmental state and a society governed” by the values of SA’s democratic constitution and the rule of law.

“As part of the renewal process, our movement will intensify efforts to eradicate corruption from society and our organisation. This we were mandated to do at the last national conference, and it is necessary if we are to meet the objectives of social justice set out in the constitution.”

Mzansi reacts to Ramaphosa saying the ANC is not corrupt, only some members

"It is not the ANC that is corrupt. Certain people have done certain corrupt things," said Ramaphosa.
Politics
1 week ago

"Mandela and many at the helm of the ANC today factionally marginalised Mama Winnie [Madikizela-Mandela] in 1997 to give advantage to Jacob Zuma’s ...
Politics
1 week ago

"Was she not part of the ANC since ‘94? Why is she talking like she’s just joined it?" asked one user.
Politics
1 week ago