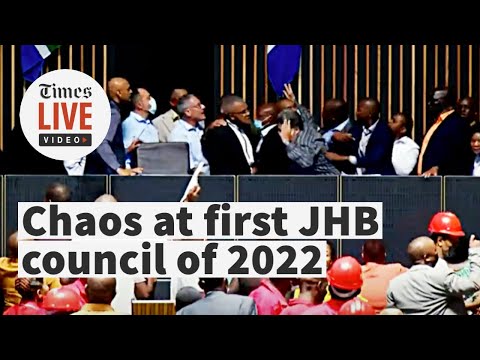 The City of Johannesburg’s first council meeting of the year has been adjourned after it descended into chaos on Thursday over how to vote for the chair of chairs.

What started as a peaceful meeting turned chaotic when councillors could not agree on how to vote for the two nominees. COPE councillor Colleen Makhubele and the EFF’s Nonhlanhla Radebe were both nominated for the position.

ANC councillors clashed with DA members as the ANC wanted the vote done by secret ballot.

After the disruption, the council meeting was adjourned to Tuesday.