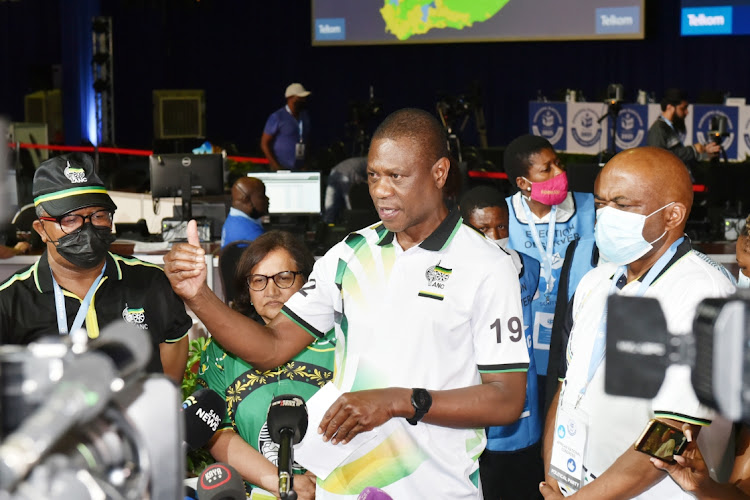 More details have emerged on plans by the cash-strapped ANC to amend the law that governs how parties receive financial donations.

The ANC wants the requirement to declare donations changed and the minimum amount that can be declared increased from R100,000 to R250,000 or R500,000.

It wants the ceiling of R15m a year a party can receive from a single donor pushed up to either R50m or R100m, or for the limit to be scrapped.

The ANC wants the amounts parties can receive from foreign donors to be increased.

The ANC is struggling to raise money to pay employees. Employees embarked on a stayaway recently after a meeting with treasurer-general Paul Mashatile failed to yield results.

The Sunday Times reported last month that plans were afoot by the ANC to lobby parties in parliament to support its proposed amendments to the Political Party Funding Act.

The law has been in place for less than a year after being signed by President Cyril Ramaphosa last January and implemented in April.

The report’s recommendations reads: “Increase the upper limit to R50m-R100m per year from a person or entity or alternatively, consider doing away completely with an annual upper limit for donations to political parties.

According to the report, which TimesLIVE has seen, the ANC should be wary of litigation against the increase in thresholds, especially the one requiring disclosure.

“Increase the threshold for disclosure to R250,000 or R500,000 per annum. In this regard we need to proceed with caution. NGOs were opposed to any threshold. R100k was a compromise. A too high threshold might provoke litigation — R250k.

If you put a ceiling which is far lower than what the ANC requires to run its operation, you realise if you leave it like that you are self-liquidating.”

“We can also consider proposing an amendment to the act to provide for higher threshold/limits in the year preceding an election,” the report reads.

The ANC wants the definition of donations to “explicitly exclude” dividends and investments of political parties.

This means donations from the ANC's investment arm Chancellor House, which donated R15m last year, would not be declared.

The NEC is expected to debate and adopt the NWC’s recommendations, putting the wheels in motion for the ANC to instruct senior members and parliament deployees to start lobbying other parties.

NEC members Pule Mabe and Dakota Legoete in December told the Sunday Times they were confident they would be able to convince parties in parliament to support the amendments.

“We are taking it back to parliament for it to be amended. So far it’s not only us as the ANC who say the act must be amended; [it includes] the EFF, DA and other parties. We are all affected,” said Legoete.

“We want to amend it because the act should not be rigid, but let’s rather bring regulations to control activities of parties.”

The ANC has suspended controversial MP Mervyn Dirks over his call for President Cyril Ramaphosa to account in parliament for utterances he allegedly ...
Politics
5 months ago

Mabe said the ANC would be liquidating itself if it failed to challenge the act. The ANC needs at least R200m to settle its wage bill and other debts.

“If you introduce new legislation and that legislation, instead of improving on your efficiencies ... become ... barriers on how you operate, a self-respecting political party ought to ask 'can I go ahead with this?'” Mabe said.

“For instance, if you put a ceiling which is far lower than what the ANC requires to run its operation, you realise if you leave it like that you are self-liquidating.”

Veteran ANC member Valli Moosa argued at the time that the thresholds were “extremely generous”, as the Zondo commission has shown how people can be bribed with as little as a R100,000.

It was untenable for the ANC to seek to change laws to resolve its internal problems, he said.

“You can't, every time you run into some or other difficulty within the party, you want to change the constitutional order. That would not be the right way for us to be building a democracy.”

The ANC Women’s League in the North West has suspended three of its top officials over allegations of defrauding the organisation of more than R2m.
Politics
5 months ago

The state had opposed bail because of the serious nature of the charges. The accused were also deemed a flight risk and the state feared that the ...
News
5 months ago

ANC treasurer-general Paul Mashatile has been given the responsibility of overseeing the functioning of the ANC secretary-general office while Jessie ...
Politics
5 months ago