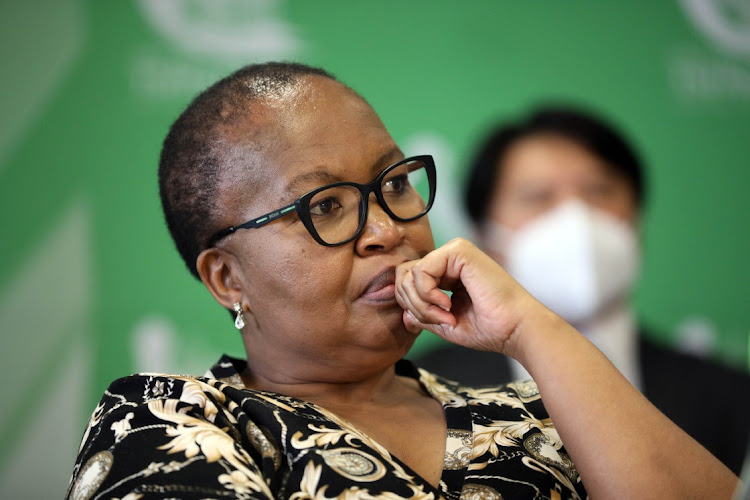 The City of Tshwane has elected COPE councillor Murunwa Makwarela to take over the reins as speaker of the capital city’s council.

Makwarela was elected on Thursday morning unopposed at a special sitting of the council. This comes after the departure of DA speaker Katlego Mathebe.

Mathebe resigned this week and was appointed as a mayoral committee member for environment and agriculture management.

Her resignation came as a result of coalition negotiations in Gauteng metros, which gave COPE the powerful position of council speaker.

Mathebe had been re-elected as speaker unopposed last year after the local government elections, however, negotiations took some time as parties tried to reach agreement over which party would be given positions in the coalition government.

She had served as speaker for the city council since 2016 when the DA-led coalition government first took over Tshwane.

ANC chief whip Aaron Maluleka had told the sitting that his party would not field a candidate to challenge Makwarela.

Makwarela thanked councillors for electing him to the position.

“I would like to thank you for showing confidence in me by electing me to be the speaker of this council. I hope that with your support and co-operation, together we will run our meetings as efficiently as possible, always bearing in mind that our responsibility is to accelerate service delivery, particularly to the neediest communities,” said Makwarela.

Maluleka congratulated Makwarela on his election and told him the ANC believes in his leadership.

“Farewell to the former speaker, councillor Rachel Katlego Mathebe. Hey, we had a very difficult five years. We are hoping to have a very peaceful five years. Katlego just troubled us in the past five years and we were very happy when she was nominated to be the MMC of agriculture. She will therefore deal with truck people and waste people there, they will give her a hard time,” said Maluleka.

Mayor Randall Williams welcomed Makwarela's appointment and said the position called for him to act in a fair and impartial manner at all times.

“You will be required to stay calm during heated debates and you will have to show leadership during those difficult times. You will be placed under tremendous pressure to take certain decisions, however your job is simple to make decisions in terms of the rules of council,” said Williams.

The EFF did not deliver a welcome speech while ActionSA’s Abel Tau also welcomed Makwarela as the new speaker.

Several opposition political parties in the city of Johannesburg withdrew from voting in a council meeting after losing a bid to vote using a secret ...
Politics
6 months ago

EFF deputy president and chief whip Floyd Shivambu said the venue, which will only accommodate 300 MPs, was a "nonsensical arrangement".
Politics
6 months ago