What you said: Has Ramaphosa taken action against anyone? 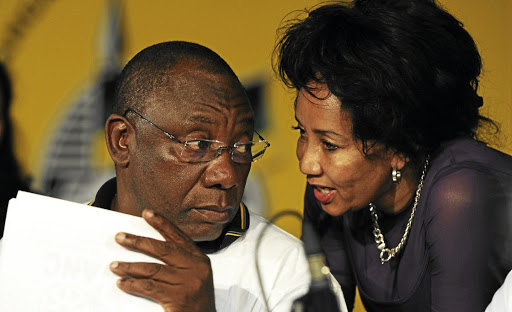 TimesLIVE readers have weighed in on calls for Cyril Ramaphosa to axe tourism minister Lindiwe Sisulu, questioning whether the president has taken action against anyone.

Sisulu drew widespread backlash after penning an opinion piece recently in which she took aim at the judiciary. In it, she questioned black judges, suggesting they are “mentally colonised Africans who have settled with the world view and mindset of those who have dispossessed their ancestors”.

“The most dangerous African today is the mentally colonised African. And when you put them in leadership positions or as interpreters of the law, they are worse than your oppressor. They have no African or Pan African-inspired ideological grounding. Some are confused by foreign belief systems.”

Several organisations, the government and justice minister Ronald Lamola distanced themselves from her comments and criticised her, while acting chief justice Raymond Zondo called Sisulu’s piece an insult to the entire judiciary and said it was riddled with baseless accusations. He also called for action to be taken.

The Council for the Advancement of the South African Constitution (Casac) called for Ramaphosa to remove Sisulu as minister.

However, an ANC insider told the Sunday Times firing Sisulu might give her presidential ambitions a boost and compromise Ramaphosa's bid for a second term as ANC president at the December elective conference.

TimesLIVE ran a poll this week asking readers if they thought Ramaphosa would remove Sisulu from his cabinet.

* 50% questioned whether Ramaphosa had taken action against any minister, while 30% said they were not holding their breath.

“I'm of the view that the president must not remove Sisulu from the cabinet because he is going to give her unnecessary attention. The fake RET forces are going to use her grievances to advance or promote her as president material, whereas she has nothing to offer,” theorised Amos Sekhaulelo.

“What for? Why should she be expelled? SA is a democratic country. Freedom of speech is a right, not a privilege. Hire and fire is the name of the game,” added Mosa Makhubo.

“Honestly, I don't care anyway,” said Grace Sebake. “The truth will never change. What has the constitution done for us poor black young people? No equality of opportunity, rights that are not beneficial, and a judiciary that we cannot afford. Lawless is beyond our control and no economic development. No housing. Who is benefiting from this constitution?” she added.

Makes sense. Victimhood and sympathy card works best in ANC leadership races. Lindiwe has started working hard to get fired cos she knows members will feel "sorry" for her and help her get some revenge in December.

We dont even care,we have shifted out energy to operation Dudula

The big issue is how will the ANC perform in 2024?

If he does he is mince meat come December, he will be a one term president...

TOM EATON | Why the outrage at ANC polyp Sisulu’s passion to be president?

“Isn’t it interesting that for a former deputy president of the ANC Youth League who demanded ‘economic freedom in our lifetime’, Lamola is on the ...
Politics
4 months ago

UDM leader Bantu Holomisa says the ANC must "swim in their own stew".
Politics
4 months ago

Weighing in on the possible outcomes of the ANC elective conference, Mokoena predicted court battles and an implosion of the ANC.
Politics
4 months ago