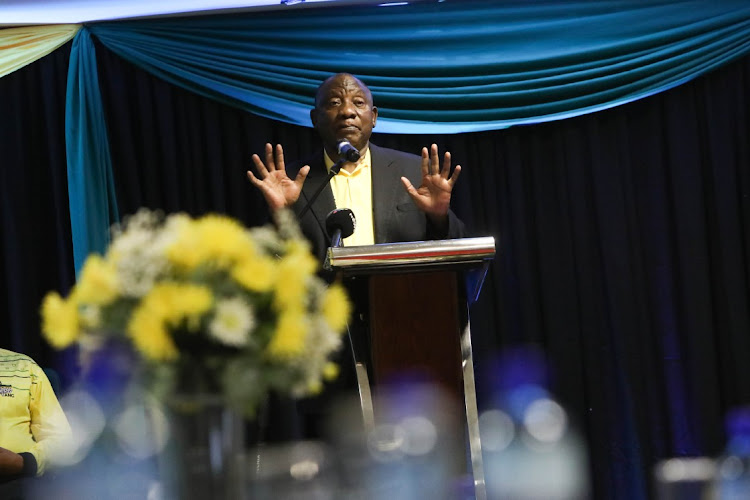 ANC president Cyril Ramaphosa said on Sunday that the governing party needed to close ranks and defend the gains of democracy.

Ramaphosa was giving his closing remarks of the ANC national executive committee lekgotla, held this weekend.

According to Ramaphosa, the ANC was experiencing unprecedented levels of chaos and weak leadership.

“The lekgotla also took time to discuss the issue of defending the gains of our democracy. It recognised our movement is going through a period of decay and degeneration,” he said.

“Divisions and factions in the ANC are themselves a threat to our democracy. Regression of ethical and moral leadership has resulted in what I would call a crisis. Our credibility and legitimacy are being undermined by our inability to act.

President Cyril Ramaphosa may still find himself appearing before parliament’s standing committee on public accounts over a leaked recording of an ...
Politics
5 months ago

The ANC had, however, gone through tough situations before and emerged unscathed, he said. But the “counter-revolution” going on at the moment was one of a special kind that needed ANC leaders and members not to lower their guard.

In a veiled swipe at tourism minister Lindiwe Sisulu, Ramaphosa said the lekgotla reaffirmed its support for the Constitution and the judiciary.

“The ANC and the Alliance reaffirm our support for the Constitution, the Bill of Rights and the judiciary, and distance ourselves from narratives that seek to negate its transformative intent and gains,” he charged.

This comes two weeks after Sisulu’s spirited offensive against the Constitution and black judges.

Sisulu has come under fire for a published opinion piece in which she argued that the Constitution, in its current form, was not serving the interests of black people. She also referred to black judges as “house n****s”.

POLL | Do you think Sisulu is defying Ramaphosa?

Reacting to the back-and-forth, many claimed Sisulu was deliberately trying to get herself fired by distancing herself from the presidency's ...
Politics
5 months ago

Ramaphosa said such conduct was tantamount to a leadership that had lost touch with ethics and morals.

Said Ramaphosa: “The ANC need to commit towards deepening and defending the national democratic revolution. Counter revolution is wearing a different countenance in our country. There are expressions of democracy under threat which are a result of loss of ethical compass and moral direction.”

As part of renewal, Ramaphosa added, the party will have to confront the impact of State Capture Inquiry findings and resolutions with honesty.

To this end, the NEC took a decision to formulate a task team to guide the party for the best response to the Zondo inquiry report.

“This would be the development of a discussion paper for ANC structures on corruption and state capture and processing of recommendations relating to ANC and its deployees. Whilst government will only pronounce fully on receipt of the complete Report, the ANC urges government to fully address the behaviour and causes that allowed,” he said.

'Leadership' or 'career suicide'? — SA weighs in on Ramaphosa vs Sisulu

"How will Cyril maintain peace within the ANC at this rate?" asked one user.
Politics
5 months ago

What you said: Naledi Chirwa went ‘too far’ with Ramaphosa diss

89% of readers said the EFF MP crossed the line with her comments and should "respect her elders".
Politics
5 months ago