LISTEN | Lamola wants to 'skip the leadership queue' but must wait his turn: Malema 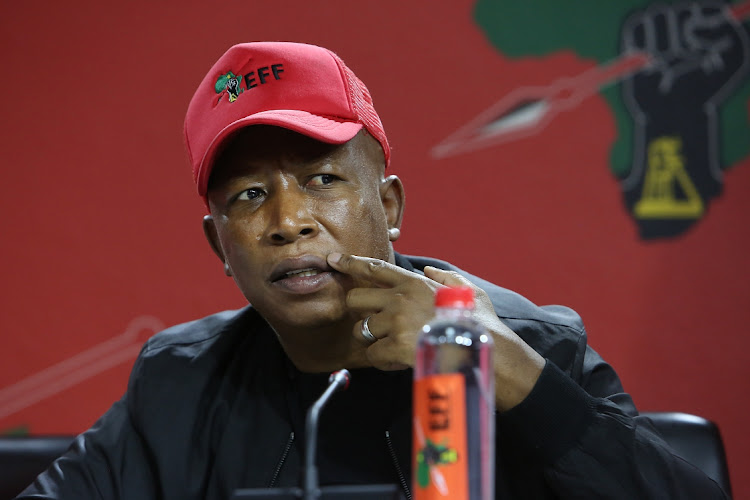 Malema was reacting to Lamola’s apparent interest in contesting for the position of ANC deputy president at the party’s national elective conference in December. Lamola recently called for “new blood” to swell the leadership ranks of the ANC.

According to Malema, Lamola wants to skip the queue instead of allowing the “generation” before him to contest for ANC top positions.

Malema, a former leader of the ANCYL, said there was an unwritten rule within ANC ranks to allow the generation before you to go for top positions and pave the way for the next generation.

In Lamola's case, he went on, he should allow the generations of leaders such as Malusi Gigaba and Fikile Mbalula to lead — and his generation would be the next in line.

EFF leader Julius Malema is addressing the media on Tuesday morning on decisions taken at their third national meeting.
Politics
5 months ago

Malema believes such a move would be driven by factional interests and “uncontrollable desire for power” because Lamola's rise to the national arena through the ANCYL was sponsored by Mabuza.

“Now he wants to contest DD [Mabuza], his political mentor, the man who made him what he is today,” said Malema. “Who is he? He will not be a threat. He is a young man who suffers from uncontrollable ambition for power.

“Why would he want to be a deputy president ahead of those who came before him in the ANCYL. There is a generation of Malusi Gigaba, Lulu Johnson and Fikile Mbalula.”

Malema believes if Lamola supported his seniors, the ground would be fertile for Lamola and his cohort to rise to the top of ANC leadership ranks with ease, with the blessings of those who came before them.

The EFF is on a mission to infiltrate the ANC in KwaZulu-Natal by capitalising on the governing party’s internal factions.
Politics
5 months ago

The labour department will conduct a series of hospitality inspections across the Western Cape this week to ensure businesses are following the ...
News
5 months ago

"I think the deputy president must be a younger and more energetic person who is also considered for succession. I am old.”
Politics
5 months ago